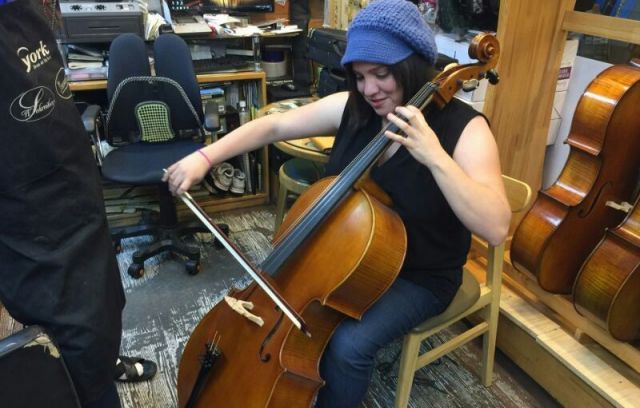 Seoul is the capital of South Korea and the home of a rich, thriving, and vibrant culture. It is the home of many artistic innovations. With a population of nearly twenty-six million and as the location of the fastest internet connections, top-ranked transportation systems, and ground-breaking technological innovations, it's no wonder that Seoul is also the home of many favorite drama locations. It is so diverse that it can support plots of an array of time periods, disparate industries and environments, and house the companies that provide funding, talent agencies, and filming facilities.

In my time in Seoul with Korea Joa 2015 I passed so many places that I'd seen on screen. It was a bit surreal to experience such places in person. Korea is so far removed from my upbringing as an American woman, but the difference in culture, language, and location made my discoveries of the places I admired from my computer screen that much sweeter. They became real: places where people visited, ate, worked, and lived. I, of course, knew of all these differences (and similarities), but to experience them is what makes traveling wonderful. 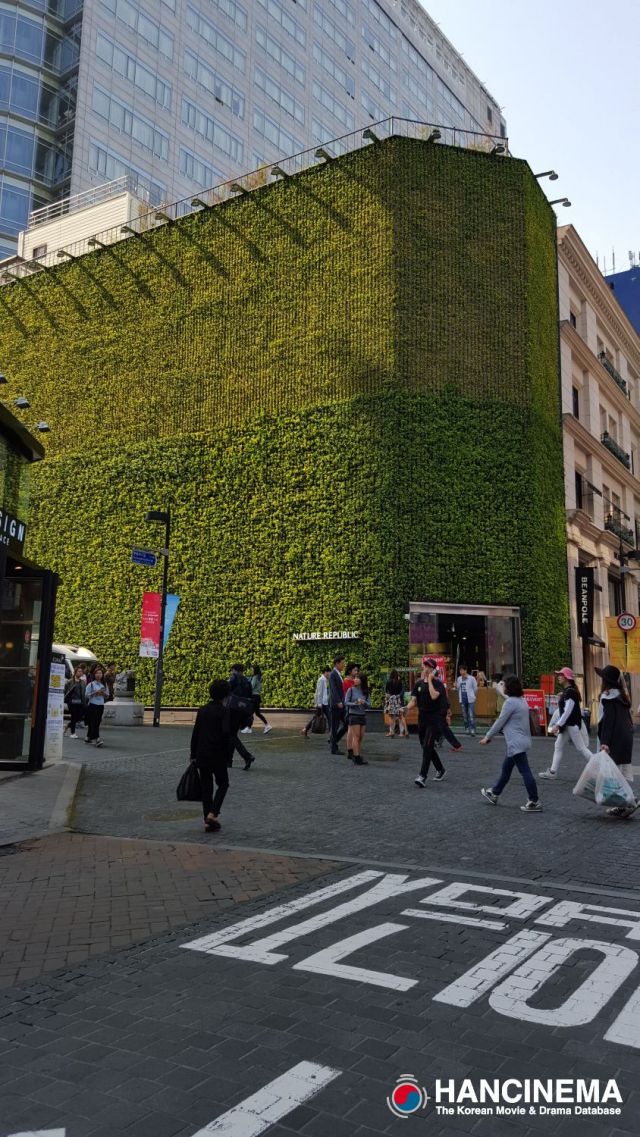 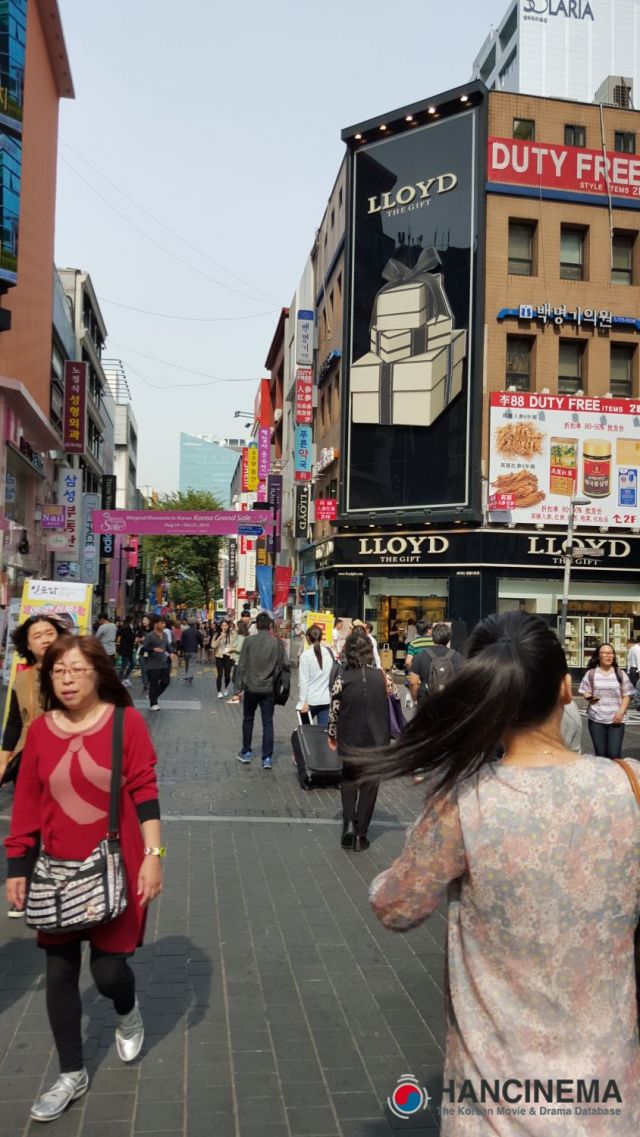 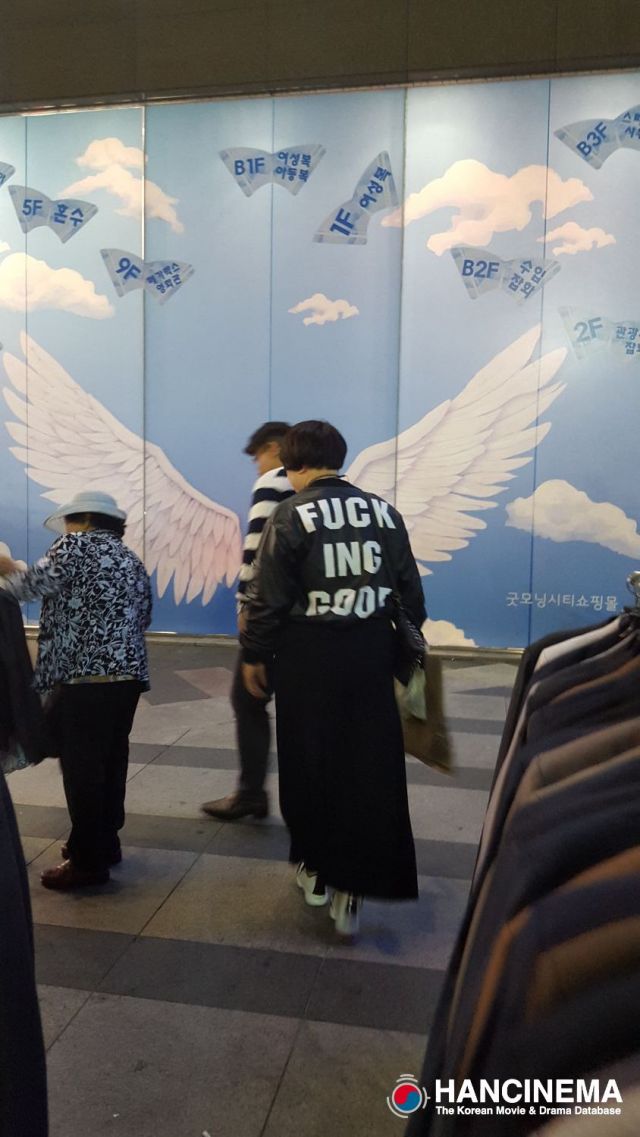 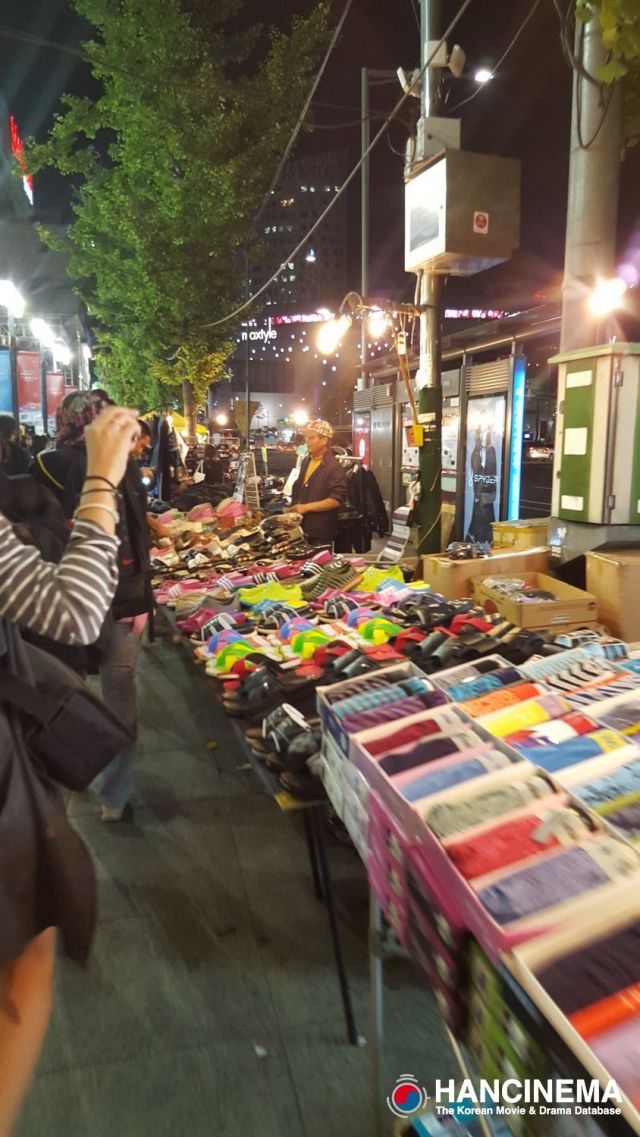 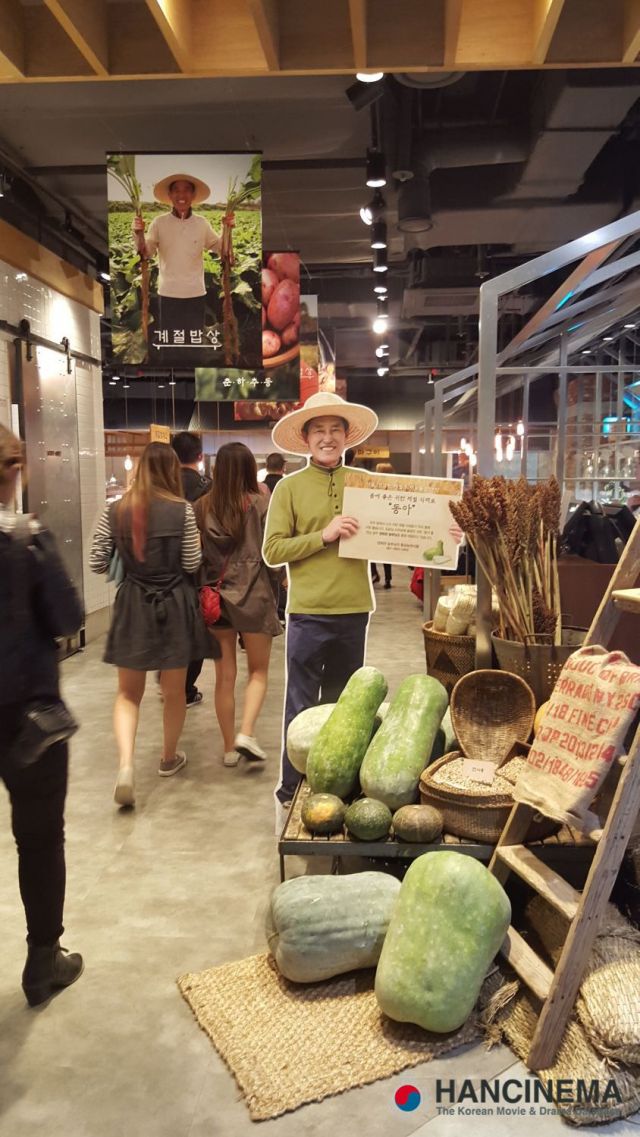 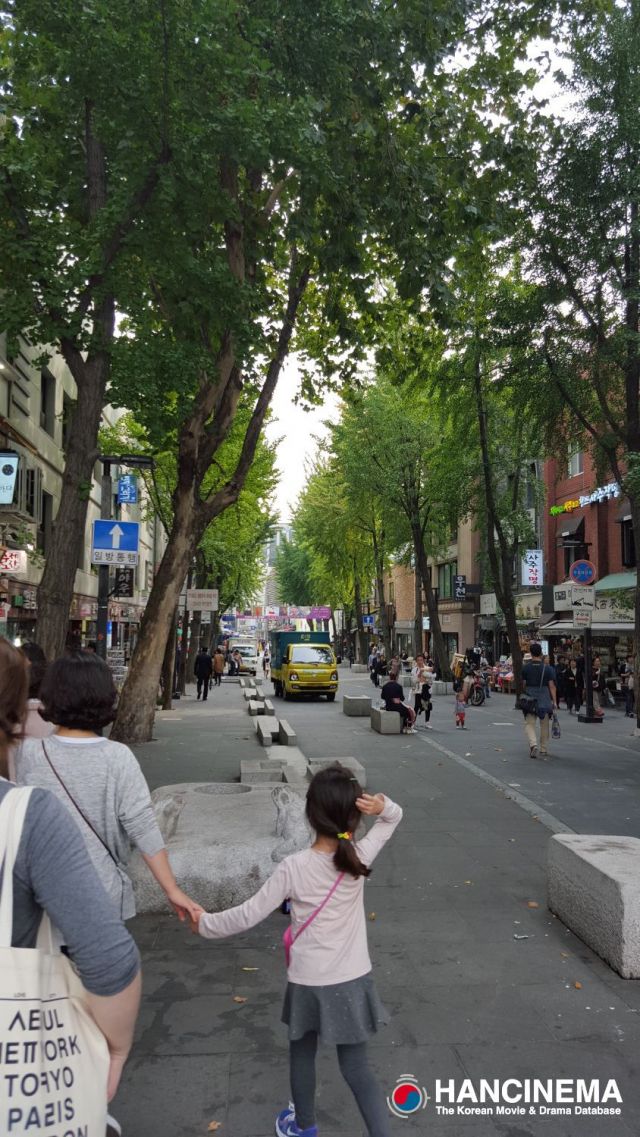 On the day that Korea Joa 2015 traveled to Myeongdong, I asked a few of the members if they'd like to join me on a small detour to visit Nagwon Instrument Arcade. I remembered seeing it in "Shut Up: Flower Boy Band" and a particularly fun episode of "Running Man" and really wanting to see it for myself. As you may, or may not know, I am a lifelong musician and lover of music. Cello performance is what I have a master's degree in, but I've dabbled in many other instruments because I can't keep my hands off them. When the members agreed to visit the instrument arcade with me, I was ecstatic.

After a climb up a short flight of stairs, we entered the mall. It is chock full of instruments, floor to ceiling, front to back. Guitars, drums, violins, cellos, pianos, and everything in between sat there waiting to be played. I, of course, played. I chose the pinkest guitar I could find and played some Jason Mraz, Jewel, and Green Day. The members knew I played cello and asked me to play for them. We searched out a violin shop ventured in. The kind luthier let me play Elgar and Lalo on one of his instruments. It was surreal to be playing the instrument I love in a place I had always wanted to be. It was also fun imagining that Sung Joon as Ji-hyeok may walk around the corner with his crazy-permed hair and surly attitude to play me a tune on a Fender.

On another day I returned to Myeongdong with Freya from Kaja! Korea because we hadn't had a chance to thoroughly explore the busy streets the first time. It's also different visiting places in twos rather than in a large group. Freya and I had time to be leisurely, poke our heads in and out of shops, take a delicious Korean meal, and peruse merchandise in the subway station stores. The Myeongdong area is where Park Shin-hye and Jung Yong-hwa had their phone date in episode 6 of "You're Beautiful". Many-a-drama character has walked Myeongdong streets on a date or in search of some good shopping. Many-a-tourist has as well, as Freya and I discovered. It's also the site of promotions by actors such as Ji Chang-wook who unofficially supported the "K Smile Campaign". 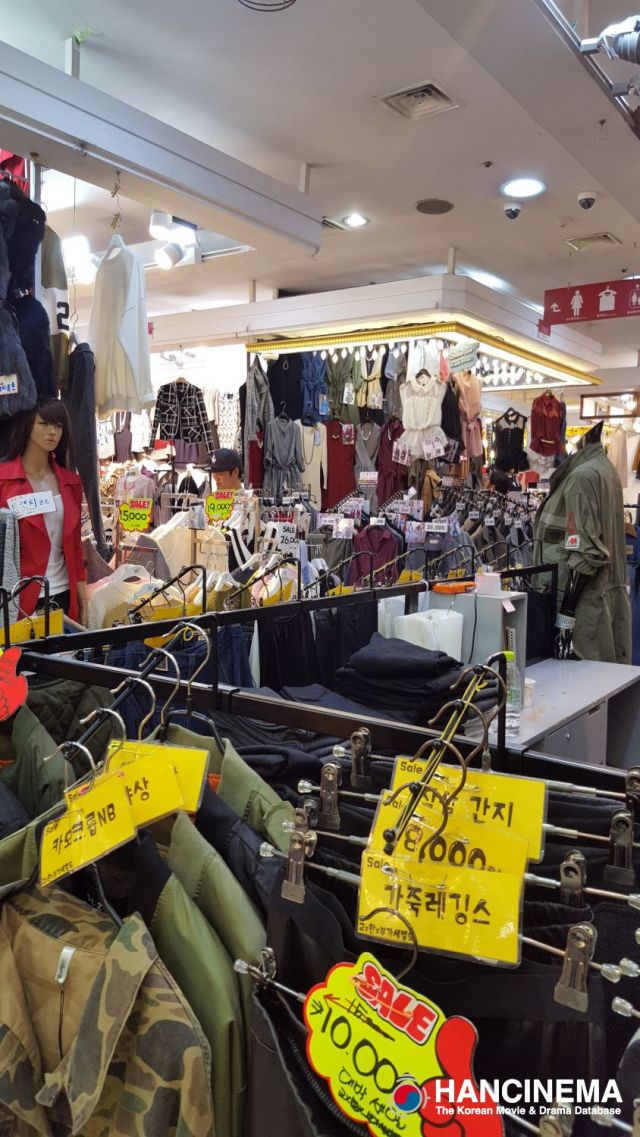 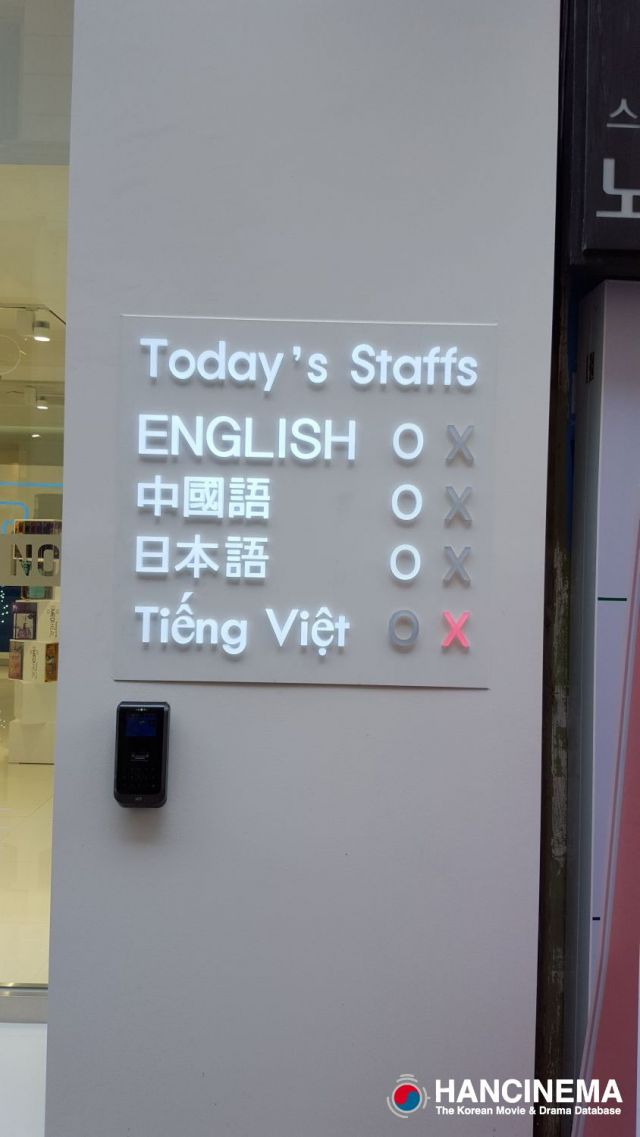 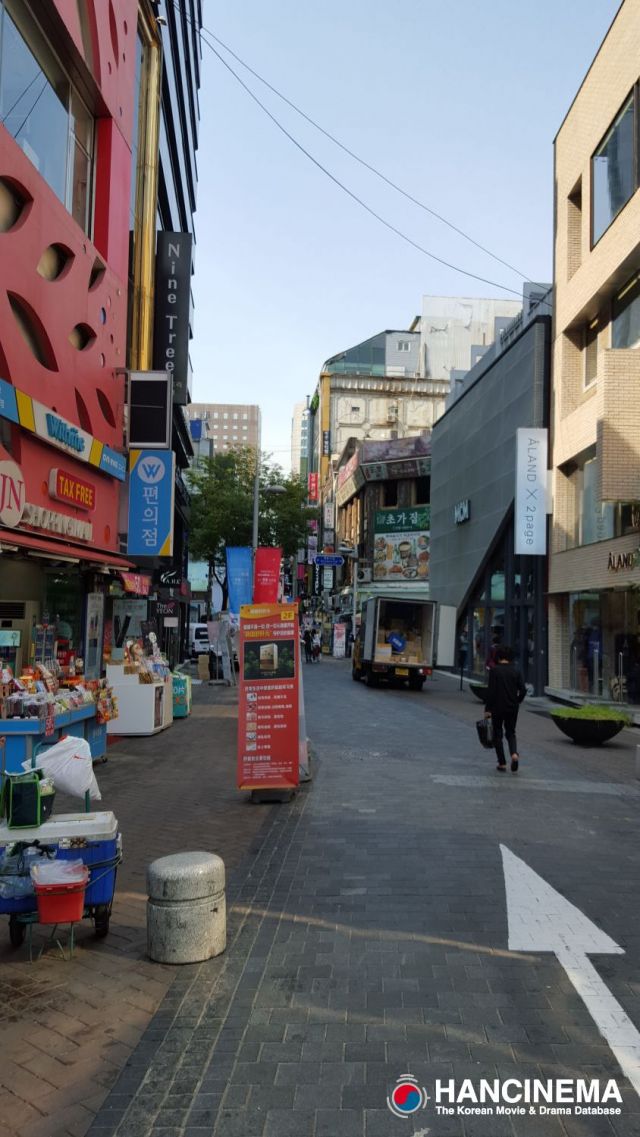 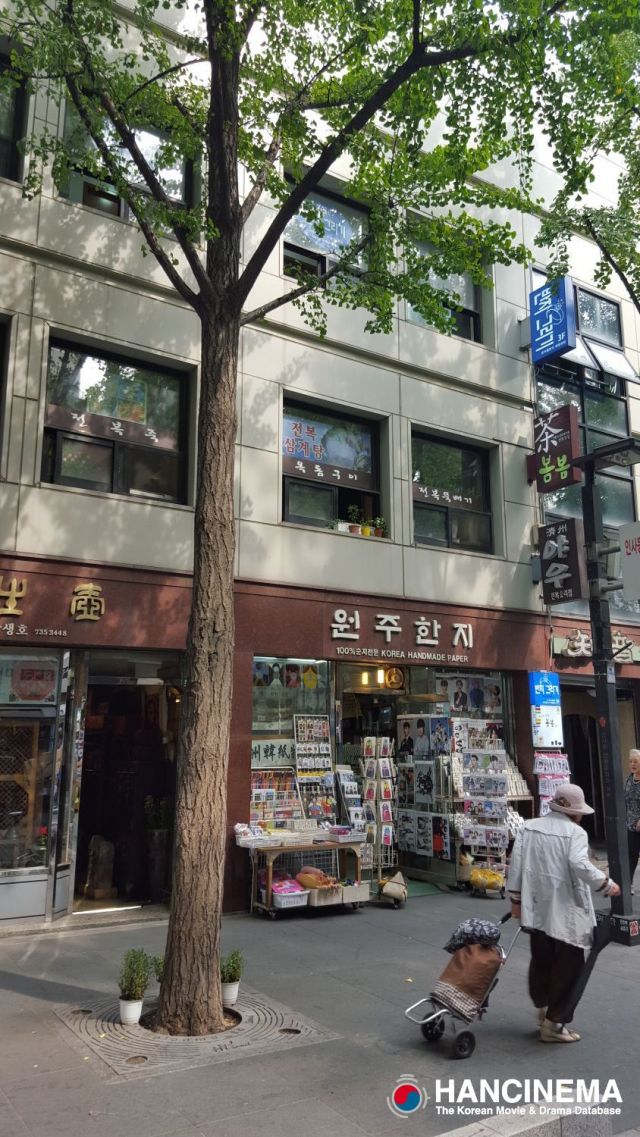 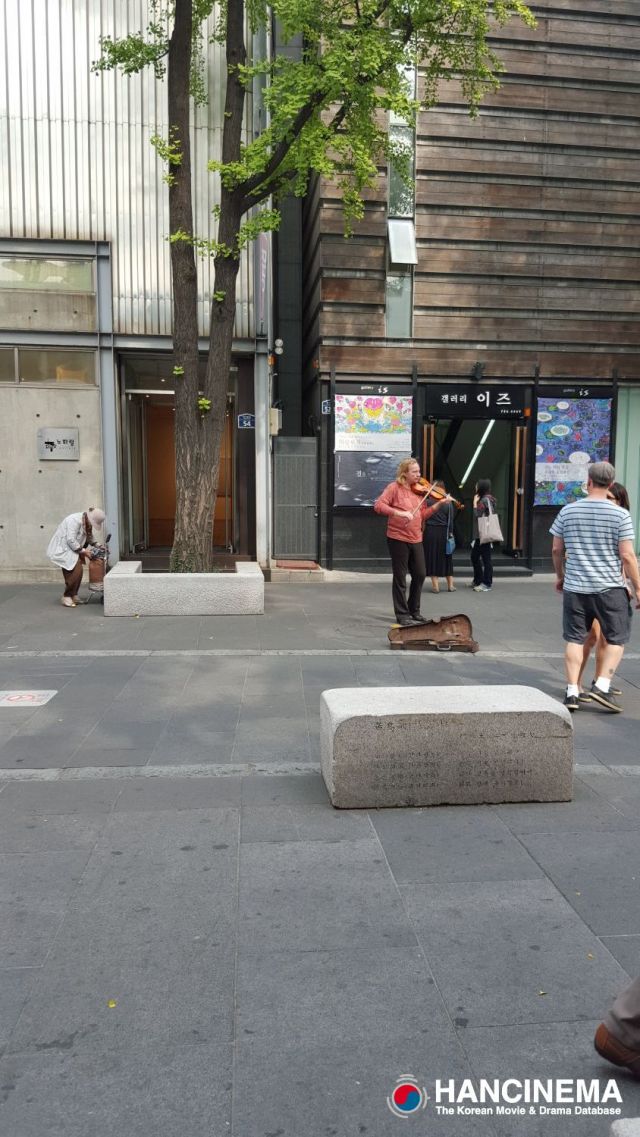 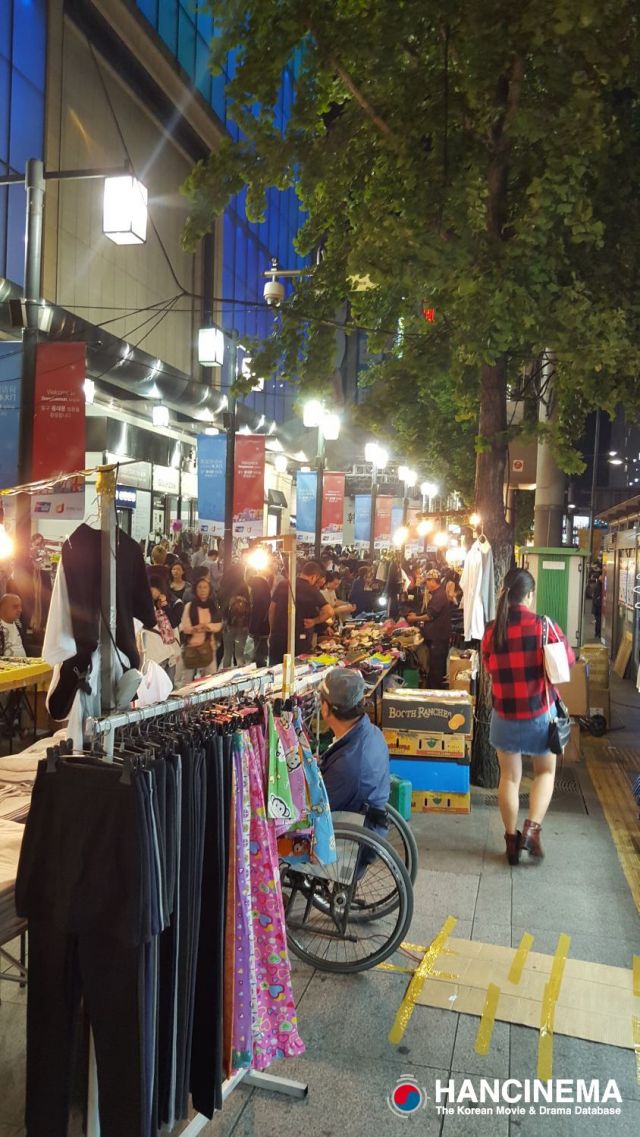 The markets of Dongdaemun, an area for clothing and textiles, proved a fun experience for small groups of Korea Joa members on yet another day of the action-packed Korea Joa trip. We wandered around the busy, multi-story shopping area haggling with the ahjummas like the characters in "Fashion King" and trying on discount garments in the narrow aisles. The haggling is quite intense - you have to drive a hard bargain in order to get a deal. Freya walked away with a few steals. The street markets just outside the building were full of fun wares: clothes, hats, cell phone cases. People milled and vendors called out, proving themselves the source of all we see in dramas. This is a way of life for these people, and we got to step into it, even for just a short time.

There is so much more to explore in Seoul, and the rest of South Korea, whether it be related to setting in dramas, or just learning and experiencing Korea in general. But visiting places where the shows I admire were filmed just makes those places more special. 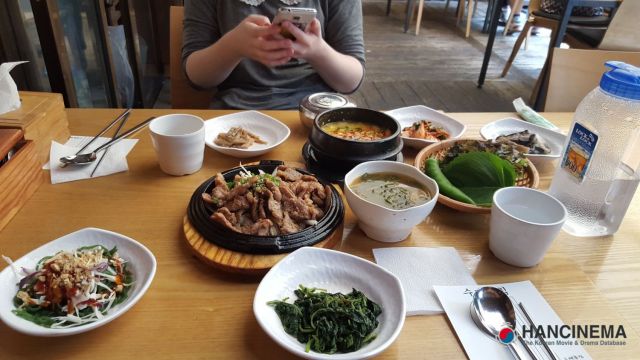 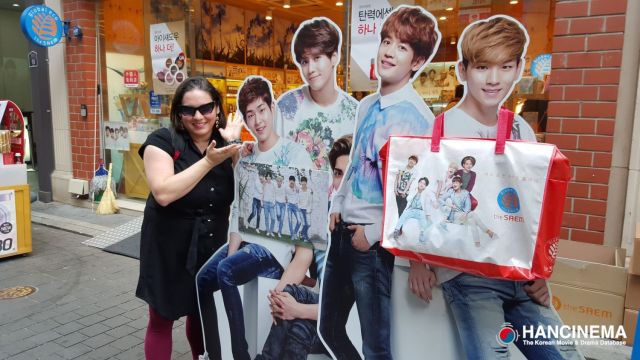 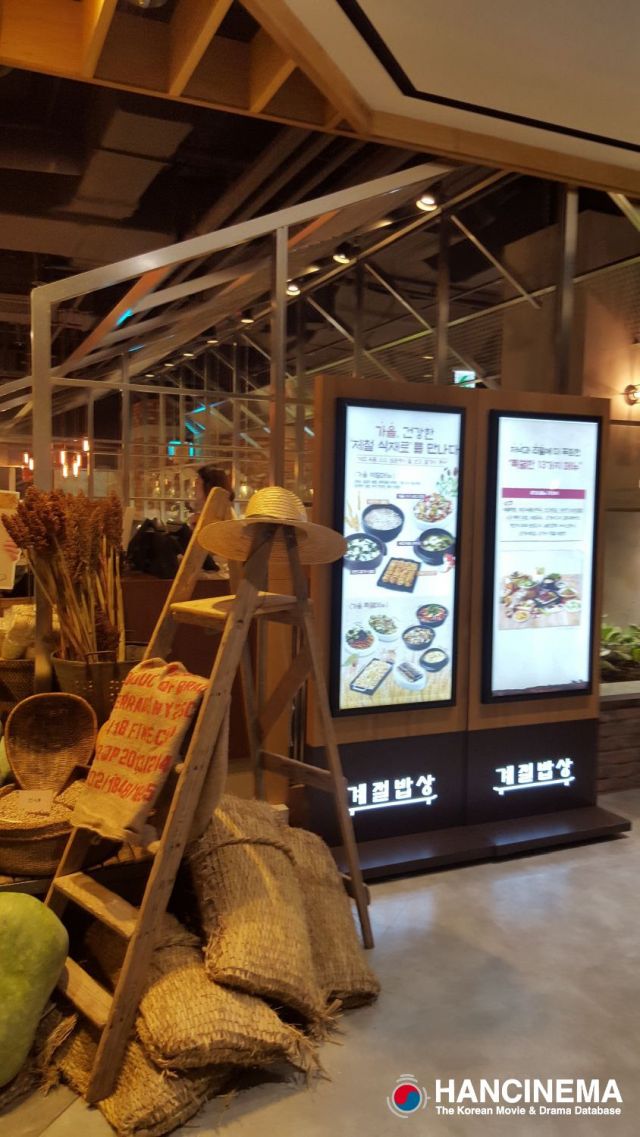 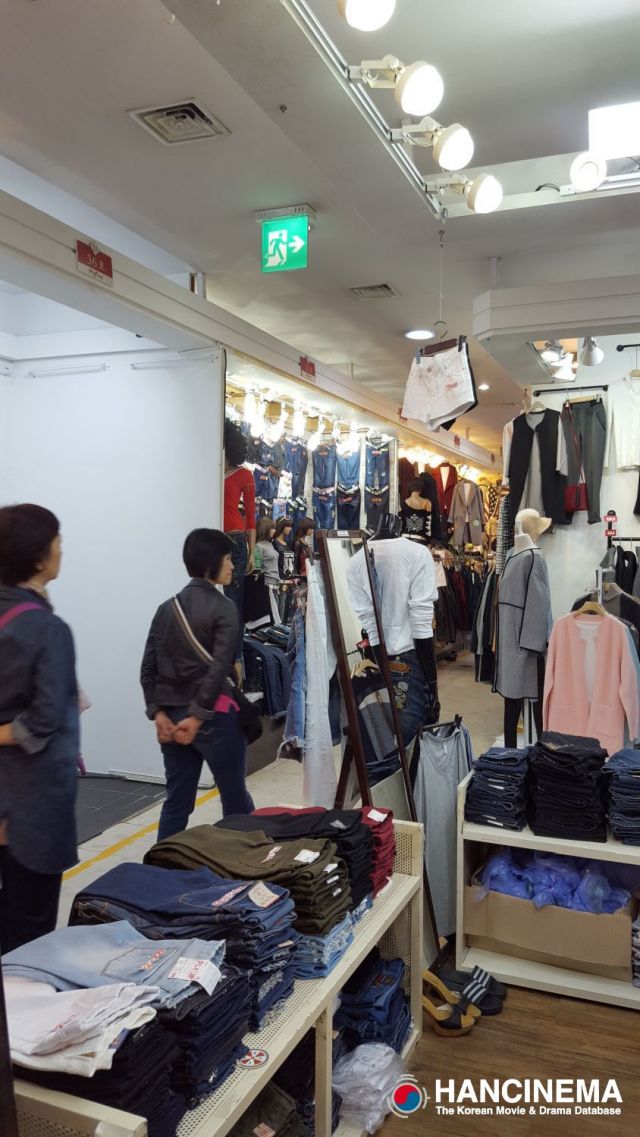 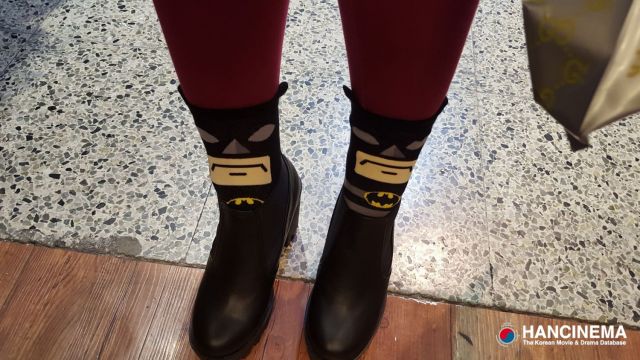 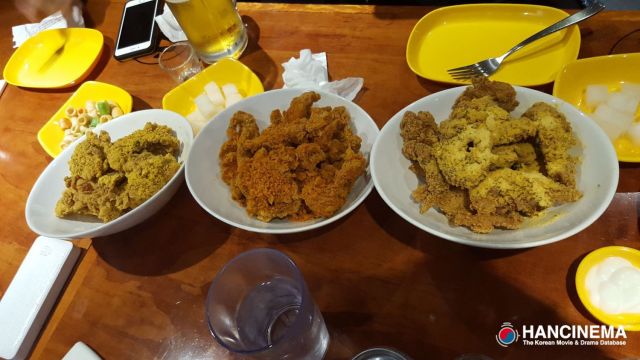 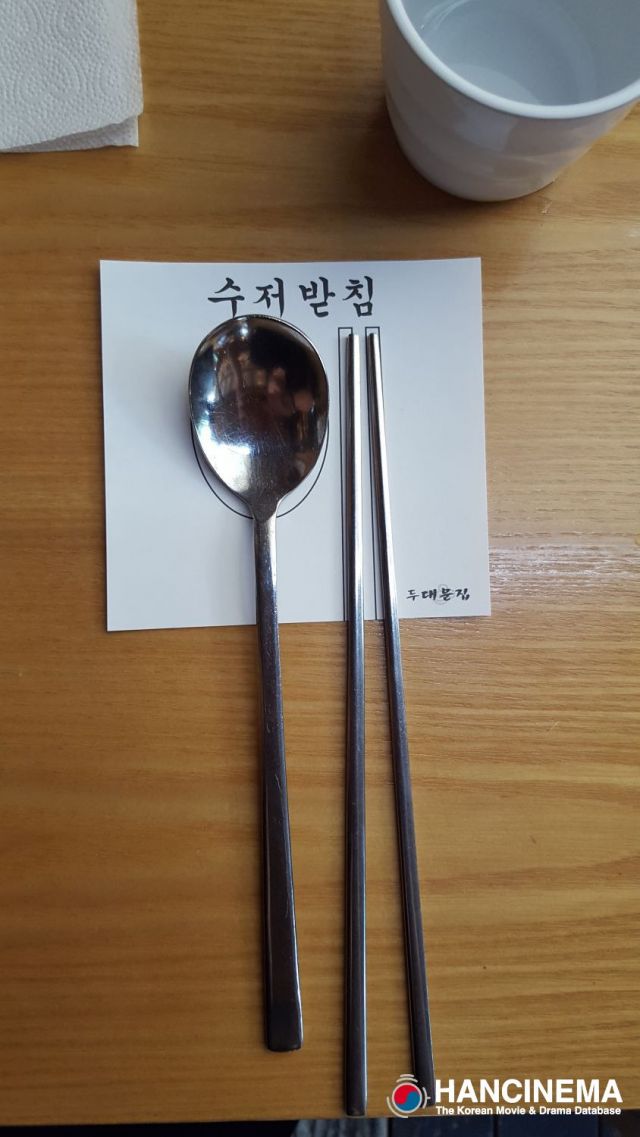 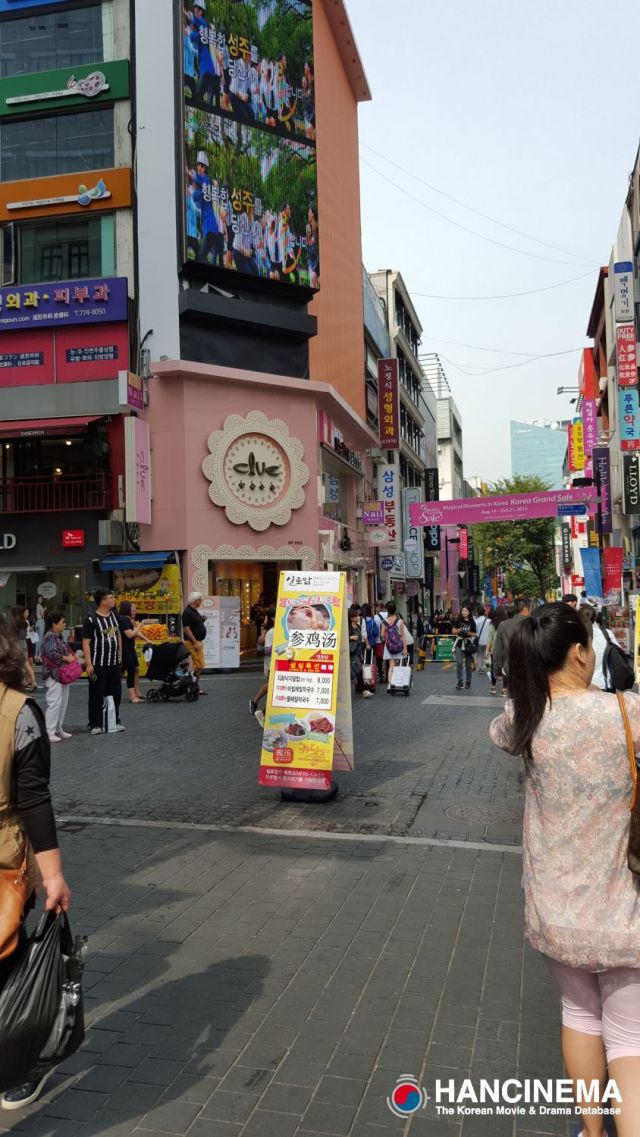 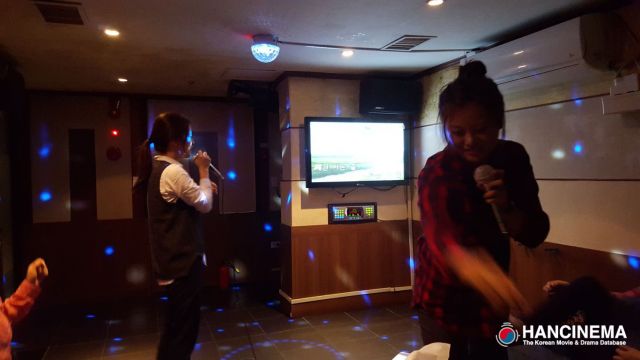