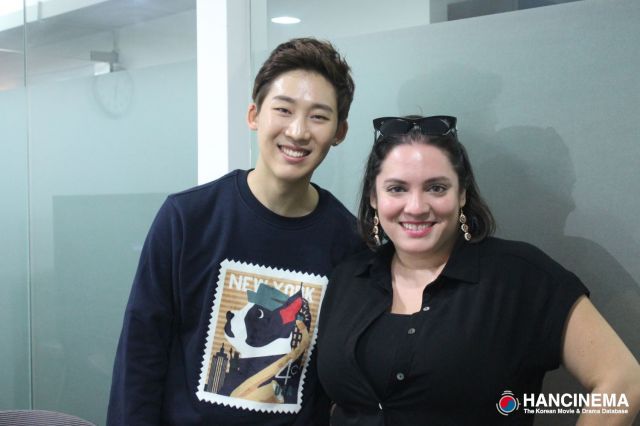 On October 7, 2015 HanCinema sat down for an interview with Dabit, a talented, creative Korean-American singer/songwriter who has broken into the Korean music scene. Special thanks to Kaja! Korea and Soompi for the opportunity to speak with the down-to-earth, fun, musician.

Dabit debuted on his birthdate, December 5th, 2013 under KoffeeDream Management and hasn't stopped since. This man is a serious musician and is just as serious about sharing his music with fans that he loves and appreciates. His most recent mini-album and video, Up & Down feat. Hayana, dropped on October 14, 2015. The sound is fresh and shows off his remarkable vocal dexterity.

What is most intriguing about Dabit is his ability to dream big. He's a talented musician, but he also wants to grow and venture into acting. Check out HanCinema's interview below to find out more about his acting aspirations and his music career.