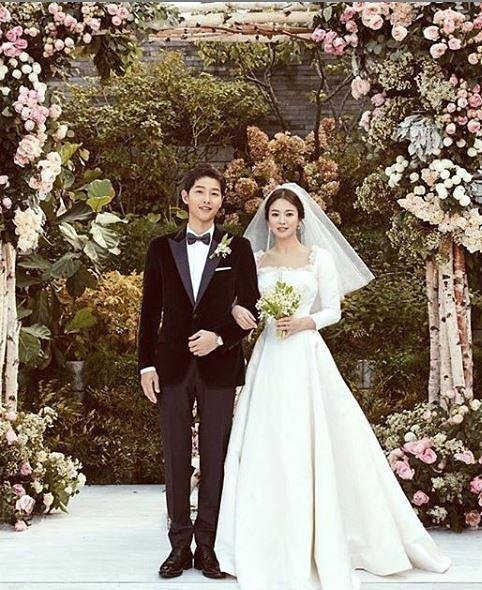 The pending divorce of Song Joong-ki and Song Hye-kyo is proving awkward for Song Joong-ki's hometown of Daejeon. Much tourism in the city revolves around appearances made by the "Descendants of the Sun" co-stars around the time of their wedding. In light of their divorce these promotions are likely to be taken down.

At present there are no plans to eliminate existing tour routes in the city based around Song Joong-ki and Song Hye-kyo. It is unclear to what extent they will have to be retooled in the light of current events. However, such promotions are continuously reorganized to take advantage of modern trends, and this process would have needed to continue even absent the divorce.

Meanwhile, Song Hye-kyo's agency has released a statement stating that the divorce was a consequence of irreconcilable personality differences. Both sides of the divorce appear to be trying to downplay the existence of any serious conflict beyond the separation itself.

"[HanCinema's News] Advertisements Promoting Song Joong-ki's Wedding in his Hometown to Close Down"
by HanCinema is licensed under a Creative Commons Attribution-Share Alike 3.0 Unported License.