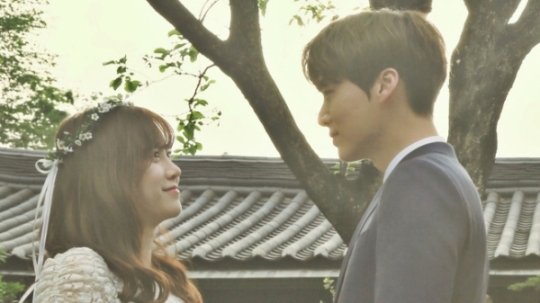 HB Entertainment has announced that Ahn Jae-hyun will not appear at a public exposition for "Love With Flaws" on August 22nd. In an additional statement they have stated that the reasons for his lack of attendance are not related to stress or personal problems.

The deliberate addition of this statement is somewhat surprising, as there is no other obvious reason why Ahn Jae-hyun would not attend a public exposition for an upcoming drama where he has been cast as the lead character. Nonetheless, HB Entertainment has insisted that the scheduling conflict was identified some four weeks ago.

Such a conflict does not necessarily rule out the possibility that Ahn Jae-hyun's ongoing conflict with his wife, Ku Hye-sun, is the real reason why he has made himself scarce. According to Ku Hye-sun, HB Entertainment and Ahn Jae-hyun had been planning to go public with a false story that the divorce had been mutually agreed upon based upon an agreement she had made with them. Negotiations between the spouses could easily have been going on since over a month ago.

It's conceivable that Ahn Jae-hyun and HB Entertainment were hoping to replicate the success of Song Joong-ki and Song Hye-kyo's relatively conflict-free low damage divorce, which included limiting the pair's short-term contact with domestic journalists. In any event, "Love With Flaws" will premiere on November 20th and a divorce alone is unlikely to get Ahn Jae-hyun kicked off the drama, though what damage will be incurred to his reputation as a result of these events is as of yet unknown.

"[HanCinema's News] Ahn Jae-hyun Will Not Appear at "Love With Flaws" Press Conference"
by HanCinema is licensed under a Creative Commons Attribution-Share Alike 3.0 Unported License.