On a recent radio broadcast at SBS Power FM, Hani of EXID made a surprising revelation regarding a certain family member. The largely incidental comment was made in regards to a caller who had mentioned once seeing Hani at a cafe on Ganghwa Island. Hani explained that she was with her family on the island at that time because that was where her brother was stationed during his mandatory military service. 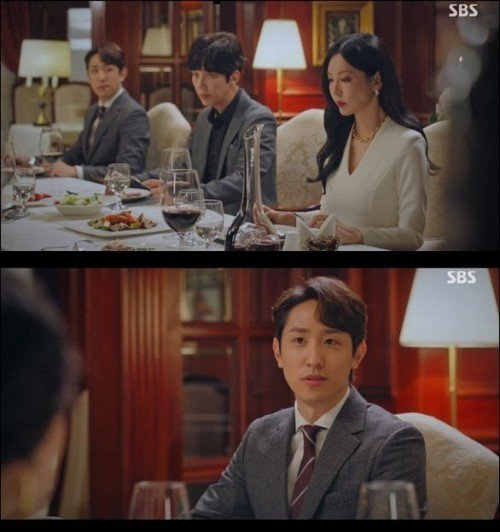 With the topic broached, Hani freely offered up more information about her brother- namely that he had become an actor after finishing his service, and is even represented at the same agency. Hani also claimed to have to ask him for advice regarding acting, despite his being younger, as he has more experience in that department. Eventually Hani finally said his name directly, Ahn Tae-hwan who is currently appearing in "The Penthouse 2" who she fully supports.

Ahn Tae-hwan appears in the drama as the unnamed brother-in-law of Kim So-yeon's character. The role also appears in the first season of "The Penthouse" as necessary during her extended family scenes. Ahn Tae-hwan is a relative newcomer to drama acting, his only other credits being minor named roles from "Mystic Pop-Up Bar" and "Dinner Mate" from 2020. However, his debut was in the music video for the 2017 song Do You Know That Person by Im Chang-jung, which can be seen with English subtitles here.

"[HanCinema's News] Ahn Tae-hwan Revealed to Be the Younger Brother of Hani"
by HanCinema is licensed under a Creative Commons Attribution-Share Alike 3.0 Unported License.