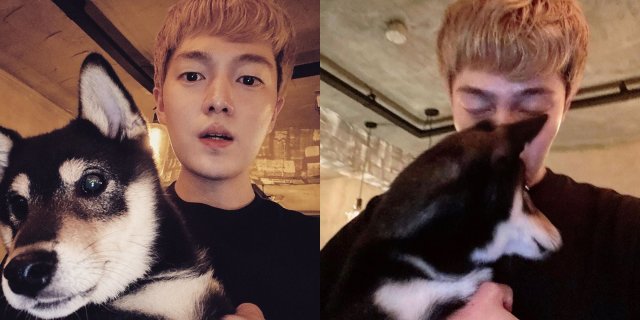 The recent rebooting of actor Son Seung-won's Instagram account has been met with harsh hostility across the South Korean Internet, with many followers of social media platforms leery of an apparent attempt by the disgraced actor to restart his career. While Son Seung-won prefaced his reopening with an apology, this has done little to placate commenters. Indeed, Son Seung-won's explicit statement that he missed his followers appears to hint at a desire to restart his career.

Son Seung-won had been a rising star in the South Korean entertainment industry when news broke in December of 2018 of an accident he had been involved with in August of that year where he attempted to bribe a substitute into taking the blame due to his past poor record with drunk driving. Ultimately Son Seung-won only received a sentence of eighteen months. However, the anger expressed by commenters suggests that it is still far too soon for a possible return.

The pictures were posted on a new account rather than his new one and are unremarkable in content. The most distinctive one features Son Seung-won's pet dog. Son Seung-won deleted this new profile as his name started to spike in search engine results. The actor is best known for his role in "Welcome to Waikiki", which had to be recast for "Welcome to Waikiki 2" when news of his malfeasance broke.