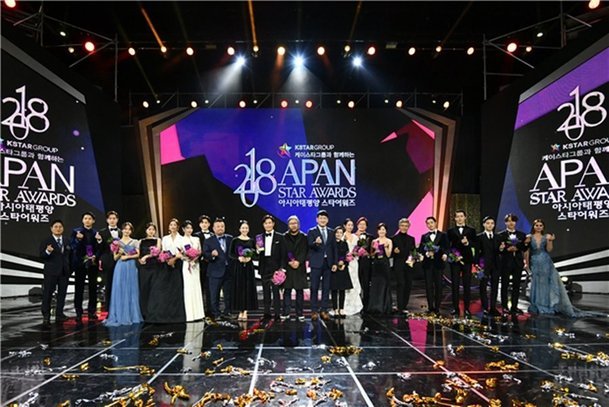 KStar Group recently announced the official dates for this year's APAN Star Awards. The Korean Management Entertainment Association hosts the awards, and they are now coming into their seventh year. While the celebrities are the main focus of the words their primary purpose is to honor the managers of these celebrities, who are typically not directly honored in other awards ceremonies.

Various persons on the relevant award committees will decide which dramas to honor from the airing period beginning October 1st 2019 and ending on October 31st 2020. Broadcast as well as cable dramas are eligible for the awards. In fact, web dramas and short films are also eligible for awards. The awards are selected without genre qualifiers.

The last APAn Star Awards ceremony was held in 2018. The big winner of that ceremony was "Mr. Sunshine", which won both best actor for Lee Byung-hun as well as the grand prize for best drama. Park Seo-joon, Lee Sang-woo, IU, Shin Hye-sun, Jung Hae-in, Jang Seung-jo, Go Ah-sung, and Jo Bo-ah were other actors honored in leading roles for dramas in 2018. The APAN Star Awards will be broadcast live to over two hundred countries come November 29th.

"[HanCinema's News] APAN Star Awards to Be Held on November 29th"
by HanCinema is licensed under a Creative Commons Attribution-Share Alike 3.0 Unported License.