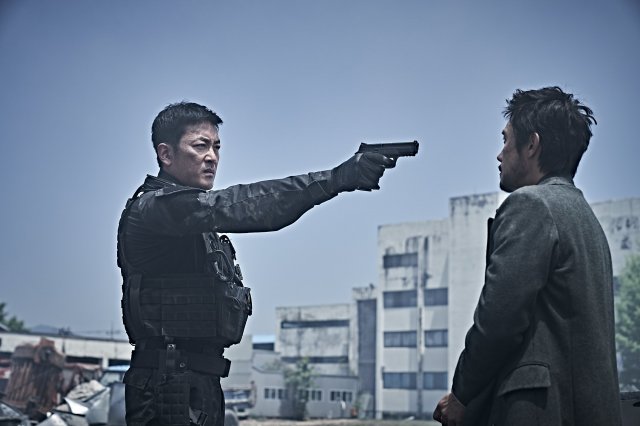 On December 19th "Ashfall" will be released at the domestic South Korean box office. The major film will take place among the backdrop of an erupting volcano, the titular "Ashfall", and will feature a united task force featuring North Koreans and South Koreans who attempt to deal with the task.

This aspect of the production may be awkward in the current political environment, where North Korea is snubbing South Korea at the backdrop of nuclear negotiations with the United States.

North Korea has always been present in South Korean film. However, the portrayal of the country has come a long way since the generally antagonistic portrayal in "Shiri". More recent movies have emphasized cooperation between North and South Korea, as "Confidential Assignment" and "Steel Rain" went on to become box office hits even as their portrayal of North Korea as a generally sinister government remained largely unchanged.

"Ashfall" is a natural extension of that optimism. But as talks between the two Koreas have not panned out in the real world the movie may suffer from apparent discordance with reality. "The Spy Gone North" and the upcoming "Ashfall" have evaded the problem of clashing with the real world by depicting historical events with the more generally optimistic tone that is the prevailing mood.

However this may all mean little in terms of box office. "The Spy Gone North" underperformed relative to "Confidential Assignment" and "Steel Rain", even as the former film was more highly lauded. As is usually the case, genre standards will probably prove more critical to the success of "Ashfall", even if the drama's production during a more optimistic phase of negotiations will likely be reflected once the movie's theaters.