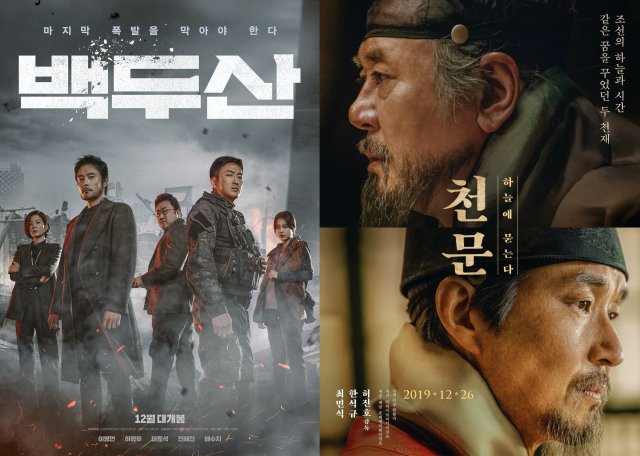 After nine days of being publically available in South Korean theaters, "Ashfall" has broken the five million viewer mark. The disaster movie is doing exceptionally well going into its second weekend, with minimal competition from the historical drama "Forbidden Dream", the only new release of note.

January similarly looks to have excellent prospects for "Ashfall", as no obvious movies are set to be released that month that are likely to achieve a comparable performance. While "Forbidden Dream", and for that matter last week's comedy film "Start-Up", have received much stronger praise than "Ashfall" from critics and casual viewes alike, "Ashfall" is selling about one and a half times as many tickets as both of those movies put together.