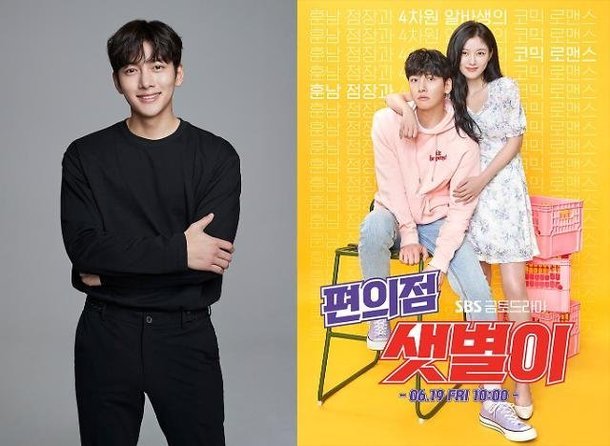 While Ji Chang-wook stumbled in his comeback drama with last year's "Please Melt Me", the actor still enjoys powerful name recognition at home and abroad. So it is that his next project, the convenience store themed romantic comedy "Backstreet Rookie" will be available to international audiences at about the same time as it will be available domestically.

Part of the boost for "Backstreet Rookie" is due to Ji Chang-wook's status as a global model for Calvin Klein. That status, along with contracts in the Phillipines, Hong Kong, and Singapore give Ji Chang-wook a strong social media platform and presence that has generated significant hype for any acting work that he takes on.

Ji Chang-wook has inspired loyalty among fans through diverse acting performances from action series like "Healer" to romantic comedies like "Suspicious Partner". "Backstreet Rookie" will prove more offbeat though, with Ji Chang-wook playing a somewhat pathetic convenience store employee. Though a departure from his roles playing more generally confident intense characters, that very uniqueness of concept is at least part of why Ji Chang-wook's fans are expected to show keen interest in the project.