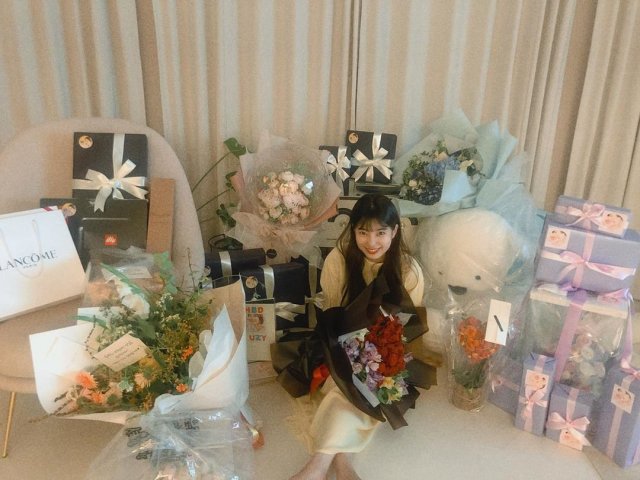 The actress and singer Bae Suzy had her twenty-sixth birthday on October 10th. Subsequently, the actress made an Instagram post in English entitled "Luv u sueweetie" (sic) which showed off the various presents the starlets had received from fans worldwide. Bae Suzy appeared to be thanking her fans for their support. 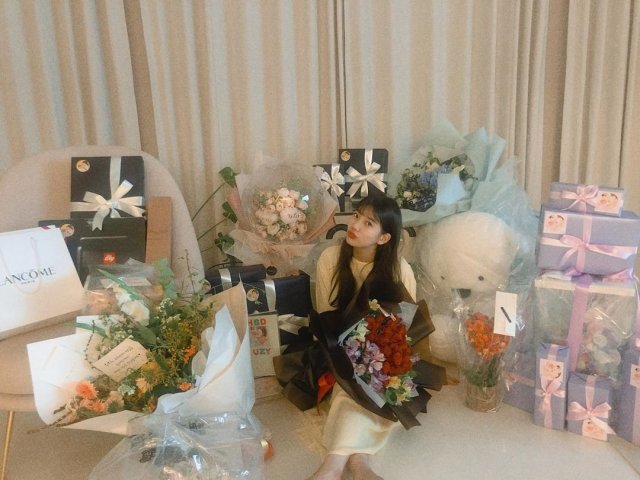 Most of the presents featured in the picture were not opened. They all had similar color designs and wrapping styles, suggesting that they may have originated from the same location. Or alternately, that Bae Suzy's agency wrapped them up for her after confirming that they were safe and appropriate. A large number of bouquets also feature in the picture, as well as a giant bear. Bae Suzy will appear in the upcoming drama "Start Up" which will begin on October 17th.