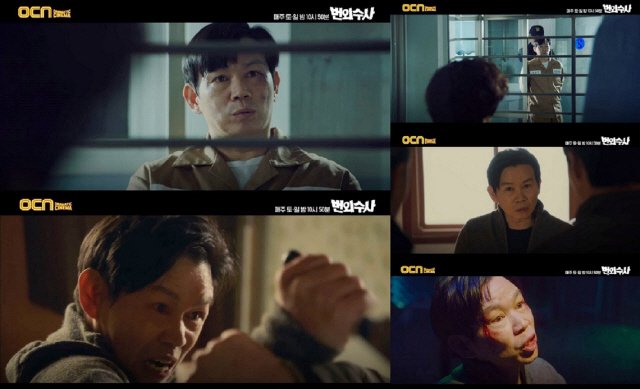 On June 28th the OCN police drama "Team Bulldog: Off-duty Investigation" concluded its moderately successful run, pulling in ratings of 4.4% for its twelfth episode, compared to 2.2% from its first episode. And while not a regular of the show, Baek Seung-chul had a memorable turn appearing as the final villain, a serial killer named Do Gi-tae.

Baek Seung-chul has long been known for his tough, can-do attitude, in roles that are frequently quite important though never lasting all that long. In "Crash Landing on You", he played a ship captain in the act of transporting the lead characters who must smirkily act his way through a tense scene involving the sudden appearance of North Korean soldiers. He also played an alcoholic father in "Itaewon Class" giving up on life as even his child's lunch money is stolen from him.

Such minor roles often escape the notice of online databases, but Baek Seung-chul's continued appearances in a surprisingly wide array of popular dramas show that the quality of his work has not gone unrecognized by those in the know. Baek Seung-chul has no currently announced projects- but all the same, he's sure to pop up again when viewers least expect him to.