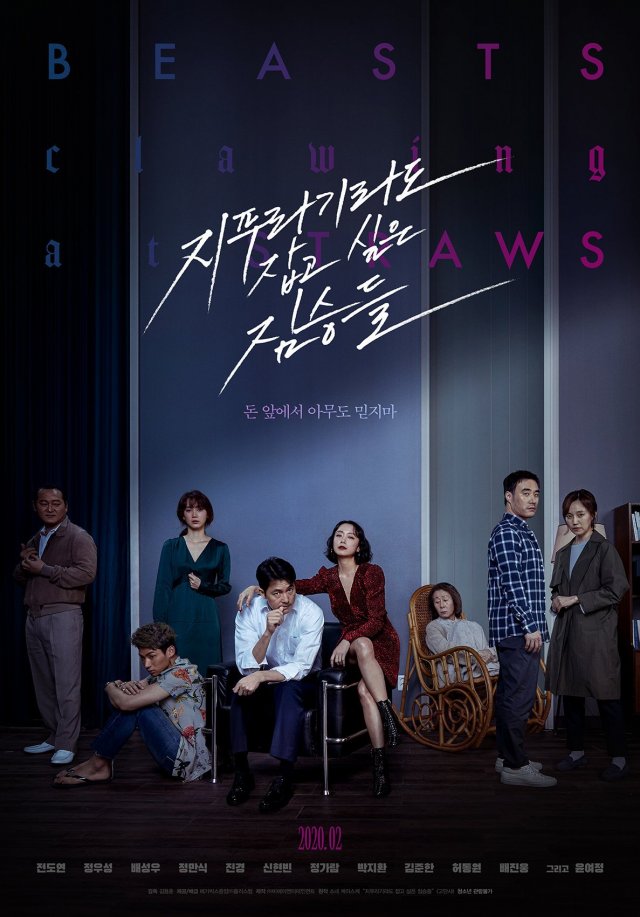 On April 7th the South Korean film "Beasts Clawing at Straws" finally premiered on Video On Demand services throughout the country. Though the movie had premiered back in February, its awkward position as one of the last major films to be released in theaters as COVID-19 struck the country greatly elongated the movie's expected theatrical run.

This was ironically true even as suppressed performance due to COVID-19 caused the movie to greatly underperform, only barely managing to exceed six hundred thousand admissions. "Beasts Clawing at Straws" was an artistically themed film in spite of its wide release, having earned the Special Jury Prize at the forty-ninth edition of the Rotterdam Film Festival. It stars Jeon Do-yeon, Jung Woo-sung, and others as generally pathetic lowlifes attempting to grab hold of an unexpected financial windfall.