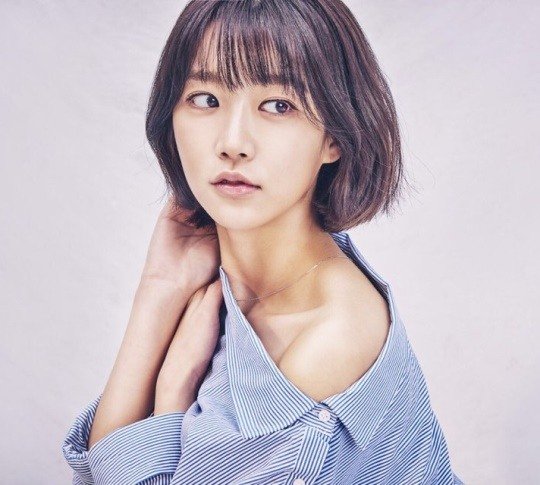 Heo Eun has been confirmed to appear in "Angel's Last Mission: Love". The news follows Heo Eun's successful run as Secretary Yoo on the popular daily drama "Get Out of the Way, Fate".

Heo Eun will be playing the role of Gyeong-ae, an employee who works for the Fantasia ballet company. The main character of "Angel's Last Mission: Love", who is played by Shin Hye-sun, is a ballet dancer so it's easy to see how Gyeong-ae will be relevant to the story.

In a statement Heo Eun's agency said that she would do her best for "Angel's Last Mission: Love" and that she was especially happy to get a chance to work this particular production team. They also expressed hope that through this role Heo Eun would be able to prove herself as worthy for more diverse work in the future.

Heo Eun first came to prominence for placing second in a Chinese beauty pageant in 2015. Afterward she signed with Keybridge Entertainment, and successfully auditioned for the minor role of Secretary Yoo on "Get Out of the Way, Fate" to make her debut.