[HanCinema's News] Behind the Scenes Still Released for "Start Up" 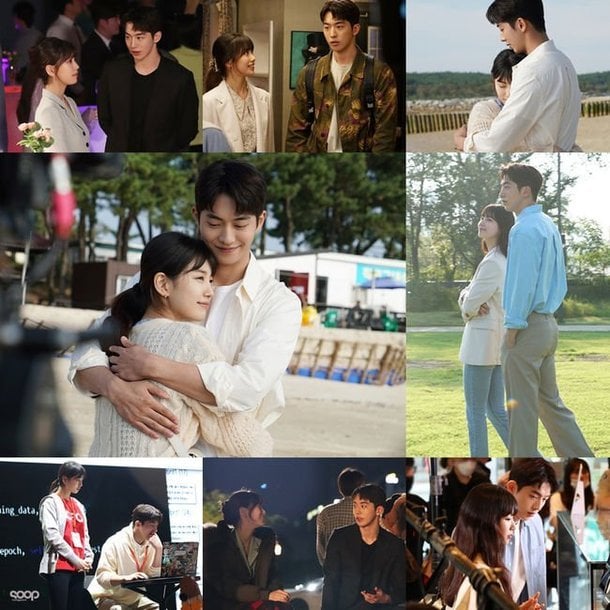 The tvN drama "Start Up" recently released new stills for the drama which focus on lead actors Bae Suzy and Nam Joo-hyuk behind the scenes. While much of the reception of "Start Up" has hinged on the drama's depiction of start up corporations, these stills focus more on the chemistry between the two lead actors. Quite a few of the drama's scenes have often depicted the two in a romantic environment, even when other objectives are the main priority.

As the drama passes its midpoint, however, romance has come into focus as a bigger priority. Recent revelations in "Start Up" have centered around a letter from fifteen years ago, about which some fairly important aspects were misunderstood. In general "Start Up" has been erratic in television ratings. Its tenth episode had a series low 4.35%, although this is only slightly lower than the previous floor for the drama of 4.36%, which was reached in its second episode.

"[HanCinema's News] Behind the Scenes Still Released for "Start Up""
by HanCinema is licensed under a Creative Commons Attribution-Share Alike 3.0 Unported License.