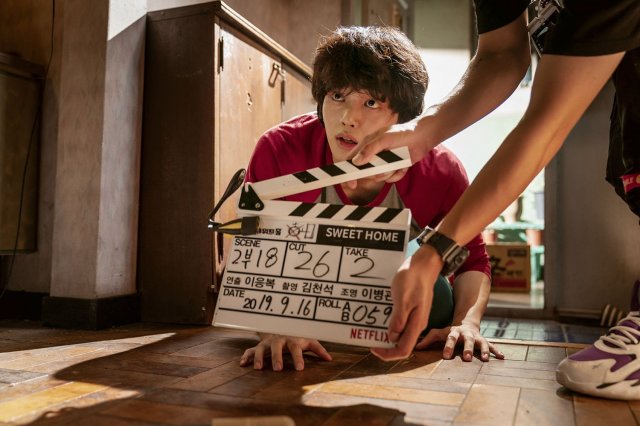 On December 23rd Netflix released new images of "Sweet Home" that show what filming for the drama looks like behind the cameras. The supernaturally themed drama has aroused much interest in fans due to its distinctive set design which utilizes in-person special effects alongside computer graphics. Stunts, weather backdrops, moving shot rails, and interior setups are all shown in wide variety in the relevant stills. 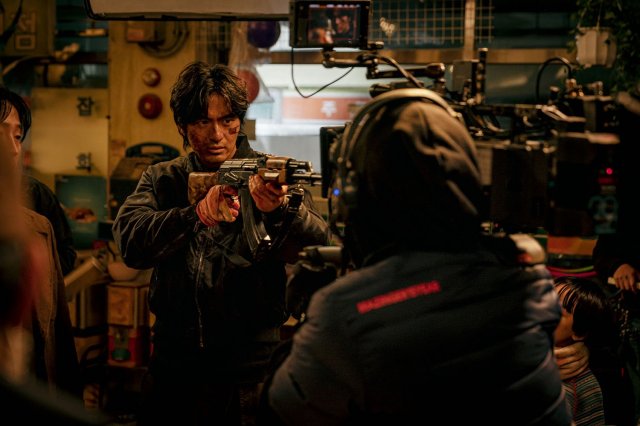 The elaborate nature of the stills confirms the observations of many fans regarding "Sweet Home" about it being a project that has relied intensely on teamwork. Interviews with the cast and crew have also emphasized this aspect of the drama, pointing to a very elaborately organized production. "Sweet Home" maintained its third place position in the worldwide Netflix charts for December 23rd. It also held this rank on December 22nd, the highest for the drama since its release on December 18th. 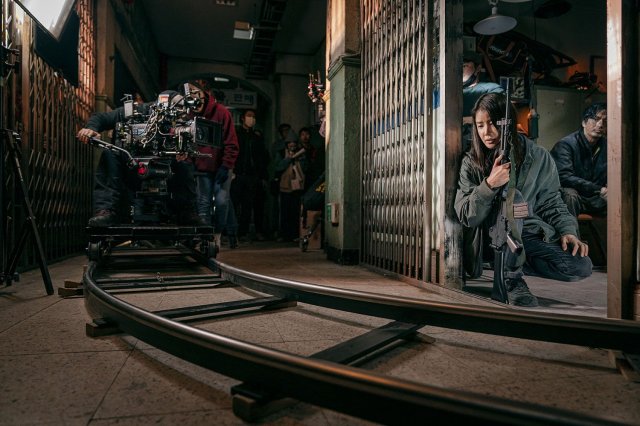 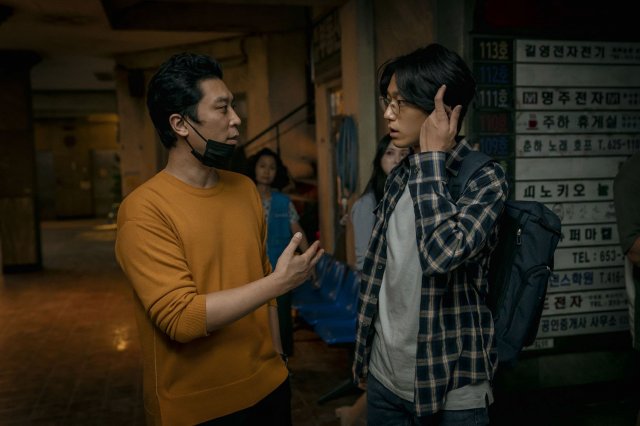 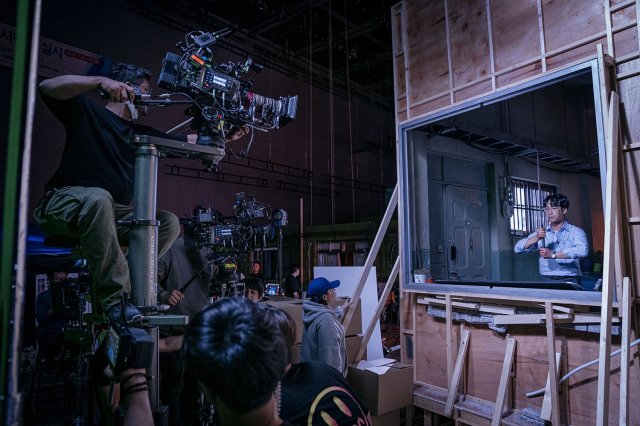 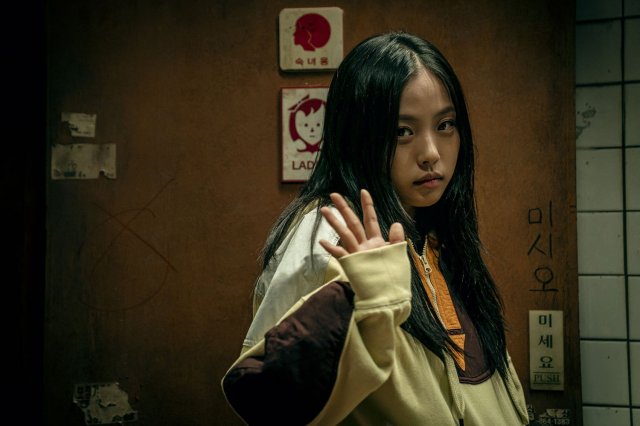 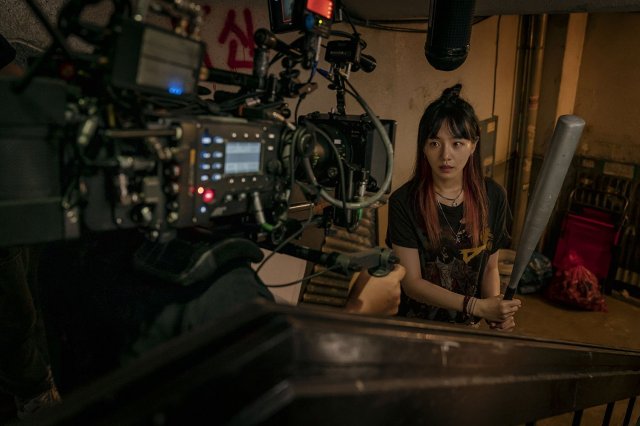 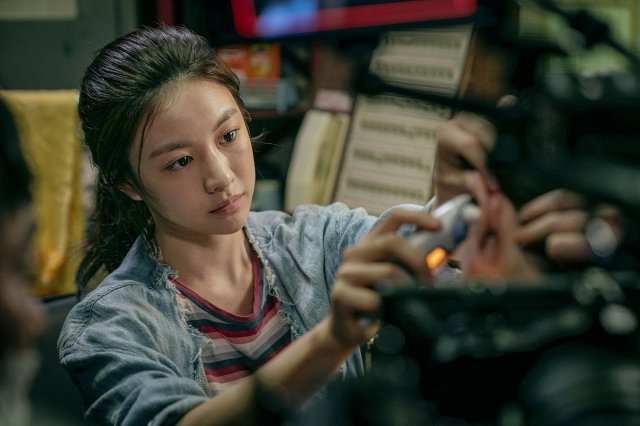 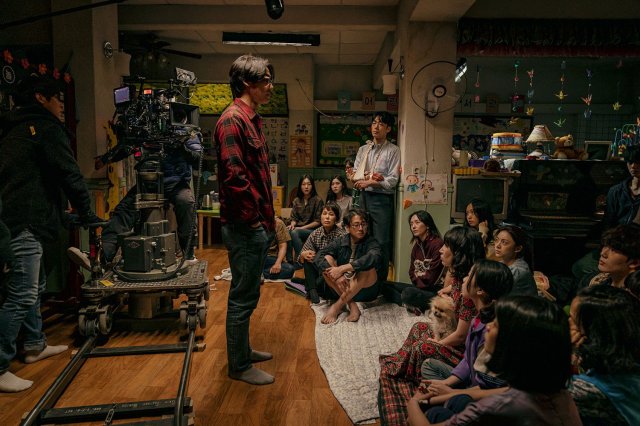 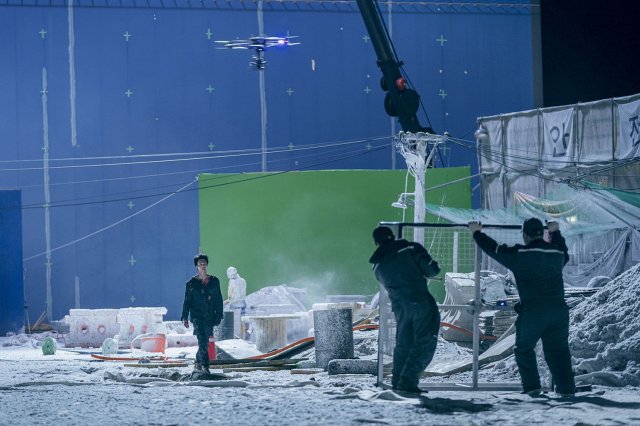 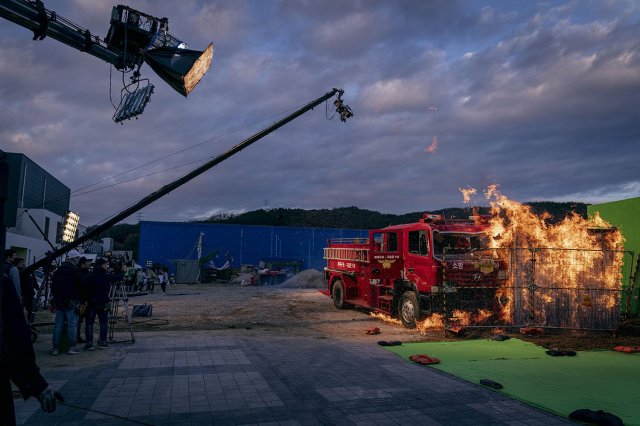 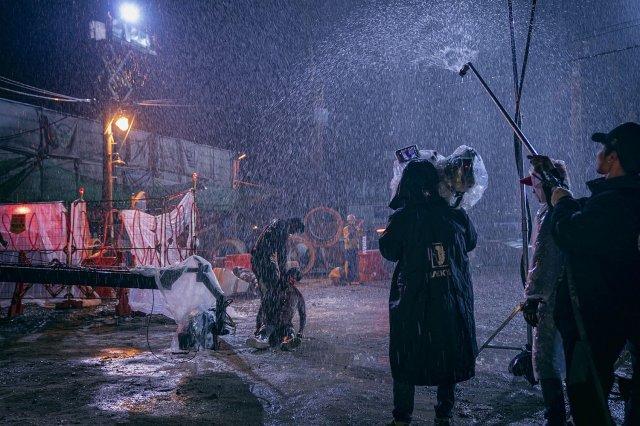