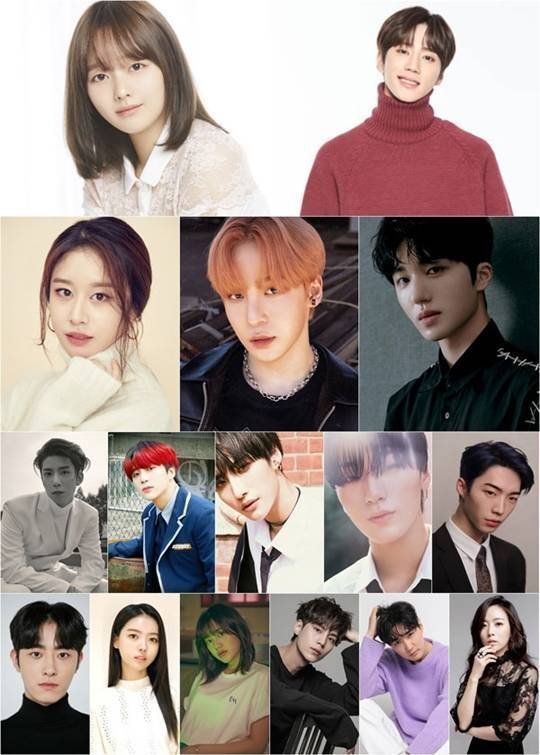 "Imitation" is based on the Kakao webtoon of the same title. The webtoon depicts an era of a million idols. "Imitation" was first published in 2014 and has since earned over 4.3 billion views. The webtoon has also had 3.73 million subscribers and 600,000 comments throughout its run.

The main characters of focus are the band members of the rising idol group Tea Party. Their three members will be played by Jung Ji-so, Minseo, and Lim Na-young. Jung Ji-so will play the band's center, Maha. Minseo will play the lead vocalist Lia, while Lim Na-young will play the main visual artist Hyeon-ji. Elsewhere Jiyeon will play Lalima, the top female solo artist in the continuity.

Many of the actors confirmed for "Imitation" do not have named roles, although they are presumed to be playing members of rival bands. Danny Ahn will play Ji-hak, the veteran manager and planner of the group. Shim Eun-jin will play Reporter Byeon, who is constantly pursuing Tea Party in the hopes of a story. "Imitation" is expected to be broadcast sometime in 2021.