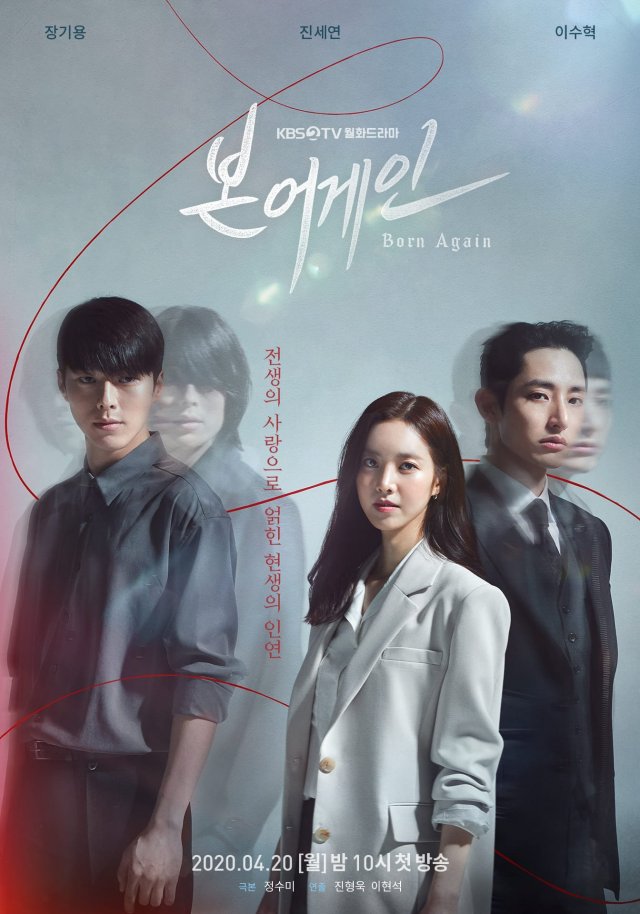 "Born Again" aired its last episode on Tuesday, June 9th. With ratings of 2.4%, this wasn't the worst "Born Again" had ever done, and was indeed a bit of a rebound from its absolute low point of 1.3% in late May. But such ratings were a fary cry from the drama's promising first week in late April, when it opened with over 4% ratings only to hemorrhage viewers, ultimately failing to make much of an impact.

The poor performance of "Born Again" has been a rude shock for KBS, which had achieved a decent ratings success with "The Nokdu Flower" some five months back in the same timeslot, before retiring it for some time. The drama had, from its outset, seemed to have all the right elements needed to do well. With Jang Ki-yong coming off a well-received role in "Search: WWW" and Jin Se-yeon having earned fair acclaim from the lead role in "Queen: Love and War", the project seemed promising.

Ultimately "Born Again" fell afoul of the increasing disinterest of domestic viewers in fantasy and retro premises. "Please Melt Me" made much of its retro aesthetic and "The King: Eternal Monarch" boasted of having the same actor play multiple dual roles. "Born Again" utilized both of these gimmicks in service of a serial killer centered mystery. The project proved too complex for its own good, unable to reach the emotional high notes of director Jin Hyeong-wook's previous hit, "Liver or Die".