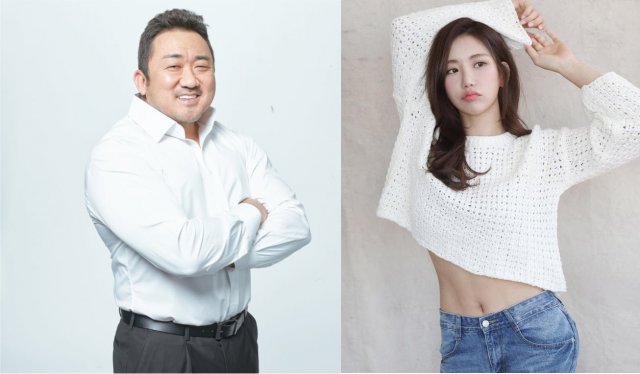 According to BIG PUNCH Ent actor Ma Dong-seok does not currently have a concrete itinerary. The actor's agency said that Ma Dong-seok is currently reviewing offers and expects to take on new projects soon, and that such projects will be announced as they become definite.

The general absence of Ma Dong-seok in South Korean movies this year is a bit of a surprise. The actor is known for being highly prolific. He received high billing credits in four domestic releases last year - "The Gangster, The Cop, The Devil", "The Bad Guys: Reign of Chaos", "Start-Up", and "Ashfall". The last two in particular only opened a week apart from each other in local theaters.

While COVID-19 is at least partially to blame for these problems, having negatively impacted the shooting of "The Outlaws 2", the emptiness compared to Ma Dong-seok's usual schedule has been noteworthy. Some suspect that Ma Dong-seok may be spending time with his girlfriend, Ye Jung-hwa. The television personality has appeared briefly in a few of his films, and they are represented by the same agency.

Rumors last May of an imminent marriage between the two were dismissed at the time as a misunderstanding caused by reporters interpreting casual conversations about wanting to get married next year in an overly literal light. BIG PUNCH Ent has only confirmed that they are getting along nicely, that there are no future plans, and should there be definite plans they will inform the relevant news agencies accordingly.