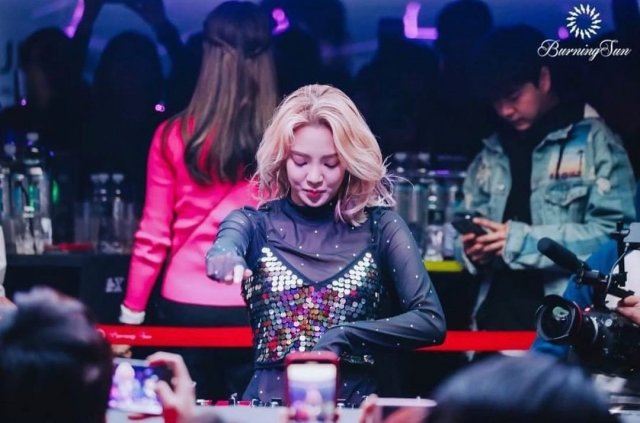 On January 14th SM Entertainment put out a statement in regards to rumors that Hyoyeon of Girls' Generation was involved with the notorious scandals of the Burning Sun nightclub. The rumors are sourced from Kim Sang-kyo, the first person to discuss the nightclub's notorious reputation publicly when he was booked on charges of assault. These charges were later dropped, and the police involved with bringing them forward were disciplined for misconduct.

On January 13th, Kim Sang-kyo has appeared on social media accusing Hyoyeon of knowing more about the nightclub than she has let on. He claimed that she had witnessed the exact same awful behavior that he did, and probably more, but has made no comment on it. SM Entertainment's statement acknowledged that Hyoyeon had worked as a DJ at Burning Sun in that timeframe but insisting that she did not witness any illegal behavior personally and that the whole situation is a misunderstanding.

The claim of ignorance has not been viewed as very convincing. "Seungri" also claimed ignorance of the incident that led to Kim Sang-kyo's arrest, but was soon revealed to have been tied to other related illegal activities. The lateness of these allegations has not endeared Kim Sang-kyo to the fans of Hyoyeon although the reason for Kim Sang-kyo's seemingly sudden interest in Hyoyeon is unclear. He may simply be disappointed that the scope of the investigation has largely dropped from public view.

Kim Sang-kyo did not merely attack Hyoyeon out of nowhere. His post also contains reference to a bitcoin, and rehashes the events he witnessed on January 28th, including the assault and drugging of low level actresses. Kim Sang-kyo also claimed to have witnessed persons taking videos of other persons engaging in illicit drug use that has not yet been recovered.