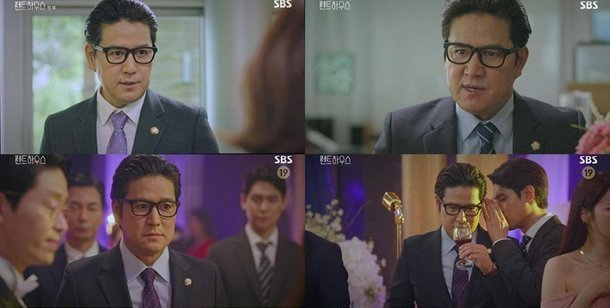 Earlier this week, entertainer Byun Woo-min made a surprise appearance on "The Penthouse". While Byun Woo-min is best known for his musical work, particular in regards to trot music, he fit in surprisingly well with the intense environment of the drama. What's more, Byun Woo-min's character was quickly revealed to be at the epicenter of the drama's key mystery.

Byun Woo-min's character is known as Jo Sang-heon. In the drama's continuity, Jo Sang-heon is a corrupt city legislator who has led a double life. Despite his strong reputation as a moral pillar of the community Jo Sang-heon is shown to be messing around on his wife. What's more, though Jo Sang-heon makes much of his moral virtue as coming from his work with orphans, he is in fact embezzling these funds intended for the less fortunate. 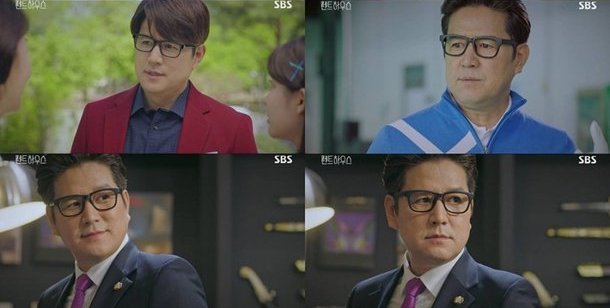 This is all backstory. More recently in the fifth episode, Jo Sang-heon took advantage of his knowledge of these past schemes to try and blackmail the character played by Eugene as he had realized that the fire leading to the death of the now teenage daughter was actually an attempted cover up. Ironically, the cover up was unrelated to the backstory.

Following a cliffhanger as to the outcome of these events in the fifth episode Jo Sang-heon is revealed to have been killed in the sixth episode, with this mystery further driving the plot. But as far as Byun Woo-min's appearance was concerned, fans were impressed by the normally affable Byun Woo-min's ability to so effectively communicate such an evil character, especially since his sinister nature was hidden until the fifth episode. "The Penthouse" will air its seventh episode on November 16th.