[HanCinema's News] "Can You Hear My Heart" Makes Unexpected Rebroadcast 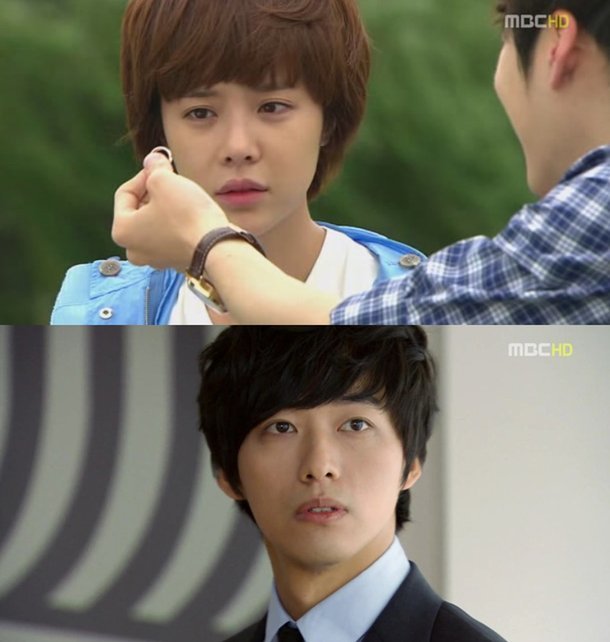 Recently the MBC drama "Can You Hear my Heart" made an unexpected comeback in afternoon programming slots. COVID-19 has limited the ability of broadcast networks to produce new cheap programming, so MBC ON delved into the archives to locate a then-popular but now mostly forgotten drama.

Back when it was still recent, "Can You Hear my Heart" earned ratings of over 20% in its Saturday/Sunday evening timeslot. The drama is noteworthy now mainly for providing a big boost to the careers of Hwang Jung-eum and Namgoong Min, neither of whom were very well-known at the time, but were able to use the drama as a successful springboard for their careers even though they were not the proper leads, but rather just two members of a five member ensemble.

Since then Namgoong Min has become a major star in his own right, quickly drawing attention to offbeat projects such as "Doctor Prisoner" and "Stove League". Hwang Jung-eum is still considered a major name although her last exceptionally popular drama was "She Was Pretty" in 2015. Fans watching "Can You Hear my Heart" in the present day have commented on how surprisingly young the two look compared to their current appearance.

"[HanCinema's News] "Can You Hear My Heart" Makes Unexpected Rebroadcast"
by HanCinema is licensed under a Creative Commons Attribution-Share Alike 3.0 Unported License.