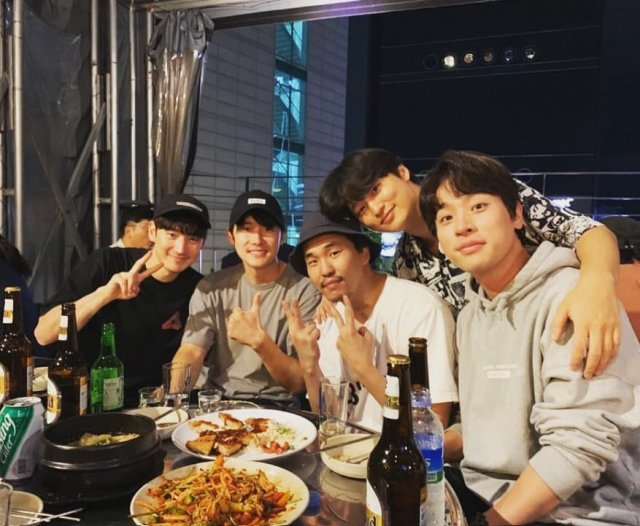 On September 4th actor Bae Je-ki posted a photo on Instagram of himself hanging out with Lee Je-hoon, Park Jung-min, and Yoon Sung hyun. The picture is a reminder of how "Time to Hunt" has brought back together the creative team behind the highly acclaimed 2011 film "Bleak Night".

And yet the two movies are going to be radically different in tone. "Bleak Night" was a coming of age story about high school students suffering from an inability to relate to each other outside of the trappings of toxic masculinity. The movie was ahead of its time in this regard, as toxic masculinity had yet to become a popualrly discussed concept.

But in "Time to Hunt" Lee Je-hoon, Park Jung-min and Bae Je-ki will be playing adults who resort to crime in a feeble effort to obtain a better life - a disturbing yet appropriate thematic evolution from their previous film together. "Time to Hunt" wrapped up filming in July of 2018 and is expected to be released sometime this year.

"[HanCinema's News] Cast and Crew Behind "Bleak Night" Reunite for "Time to Hunt""
by HanCinema is licensed under a Creative Commons Attribution-Share Alike 3.0 Unported License.