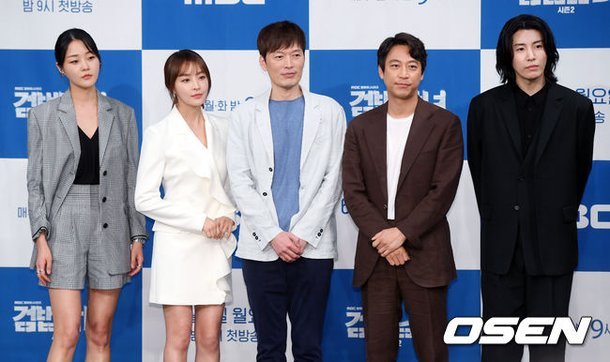 "Investigation Partners Season 2" has consistently won its timeslot on Monday and Tuesday night. The drama has not been a major hit, but it has posted above average ratings. Because of the high number of low performing dramas as of late, especially on MBC, a new season of "Investigation Partners" is a safer investment than trying something new. Still, director Noh Do-cheol expects that a new season will necessitate double digit ratings - the drama's latest episode was at 8.3%.

Actor Jung Jae-young had a more pessimistic outlook, noting that the actors in the drama were not exactly big stars. He also gave a smile suggesting that he himself could probably be replaced without too much trouble. This, coupled with Noh Do-cheol's comments about how a third season would focus more on Jung Yoo-mi, may be hints of possible casting changes should the third season come to fruition.