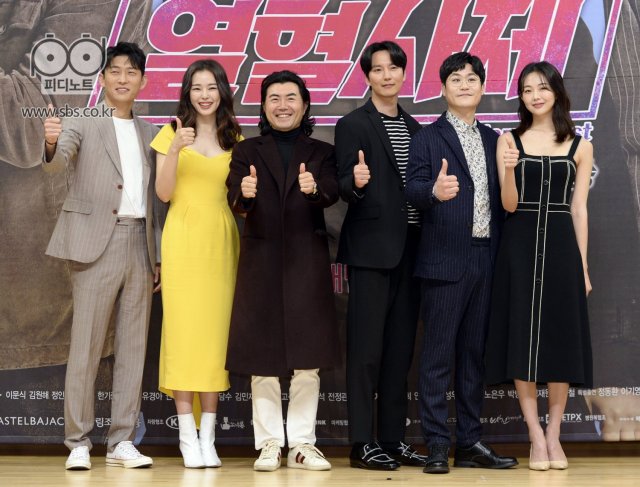 On April 22nd a person close to the production of "The Fiery Priest" confirmed that the cast and crew of the drama departed from Incheon International Airport on that day for Kota Kinabalu in Malaysia. The trip is their bonus for the drama's exceptionally high performance in ratings.

On April 20th the final episode of "The Fiery Priest" scored a ratings high of 22%. Response to the drama has been so good that a second season seems inevitable at this point. The title of the final episode itself alludes to this, as it says 'We Will Be Back'.

"The Fiery Priest" is a drama about the titular priest, played by Kim Nam-gil, who investigates crimes alongside others with temperaments ill-suited to their chosen professions. A special epilogue episode will air on April 25th, and "The Nokdu Flower" will continue in the timeslot vacated by "The Fiery Priest" on April 26th.