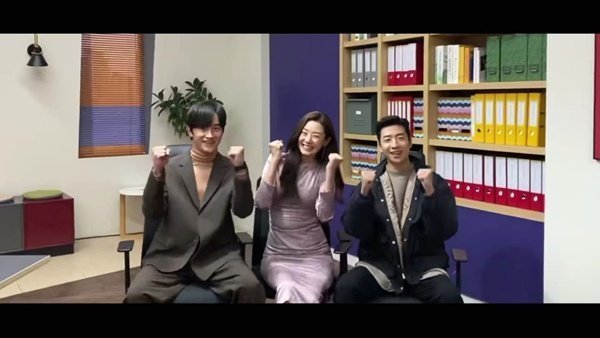 Recently Kim Do-wan, Yoo Su-bin, and Stephanie Lee of the currently airing television drama appeared in a special video. In the video, the three expressed their support for real world start up firms. According to Yoo Su-bin, South Korea is the world's most innovative country and start up firms are a very important part of that. He cited the start up firm tracking website DEMODAY as a means by which start up firms with enthusiasm levels similar to what's seen in "Start Up" can be found.

In "Start Up" the three actors portray supporting members of the titular start up firm which is led by Bae Suzy and Nam Joo-hyuk in the leading roles. Their fictional company develops an application for the visually impaired. The video is a reminder of how "Start Up" has been funded in part by SparkLabs, a venture capital program seeking to deploy a sandbox model to develop a new Silicon Valley in South Korea. "Start Up" airs on tvN on Saturday and Sunday night.

"[HanCinema's News] Cast for "Start Up" Expresses Support for Real World Start Up Firms"
by HanCinema is licensed under a Creative Commons Attribution-Share Alike 3.0 Unported License.