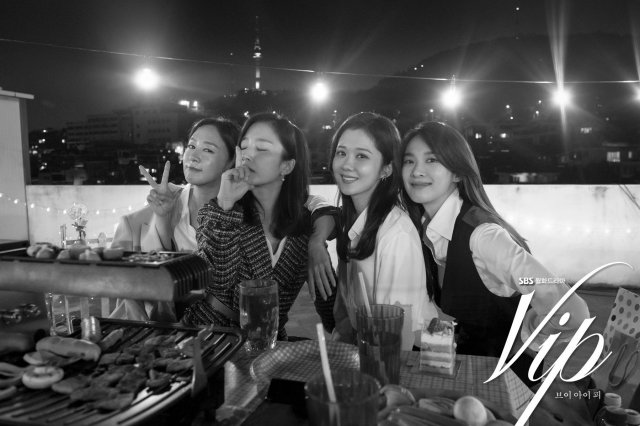 Ahead of the end of "VIP" the various cast members of the drama spoke out about their feelings regarding the production. The drama has been quite popular, concluding its run at over fifteen percent ratings before its final episode on Christmas Eve.

Lead actress Jang Nara praised the drama's crew, referring to director Lee Jung-rim in particular as being very kind. She attributed the kindness of the cast and crew writ large to the drama being a pleasant filming experience. Jang Nara expressed great pride in the production team and described her experience on "VIP" as being unforgettable.

Lead actor Lee Sang-yoon expressed pride in the overall project, citing his firm belief that the drama was well-beloved. He thanked the cast and crew and described the script written by screenwriter Cha Hae-won as being extremely cool. He described the positive "VIP" reaction as the greatest Christmas present possible for him and expressed best wishes for 2020.

Kwak Sun-young, who drew attention for playing the role of a working mother, was more brief in her thanks, describing the production process as precious and saying that she would miss them. Pyo Ye-jin, who drew prominence in the latter part of the production thanks to a plot twist centered around her character, called the shooting experience unforgettable and described the other persons involved as being precious to her.