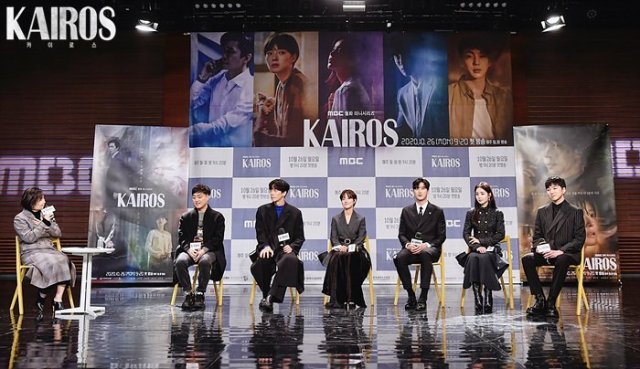 The new drama "Kairos" premiered on October 26th with ratings of 3.7%. Shortly before airing, the fantasy romance thriller held a press conference where the actors had a chance to answer some questions about the project. "Kairos" deals with a father played by Shin Sung-rok and a daughter played by Lee Se-young attempting to find their daughter and mother, who appear to have disappeared due to supernatural forces.

Lee Se-young was noted to have a new, shorter hairstyle for the duration of "Kairos". According to Lee Se-young, the reason for the change was the director convinced her it was better for the role. Purportedly it makes her character look busier, with less time to fuss with her hair. Lee Se-young also described herself as being charmed with the dialog from the beginning and quickly forming a trusting relationship with the director.

Ahn Bo-hyun also liked the script, saying he was always curious what was going to happen next. He also thought the synergy between the director and the writer was very strong. Shin Sung-rok claimed to have fell in love with the director's eyes, saying that it was from that moment he became determined to be involved with the project. "Kairos" airs on MBC at 9:30 in the evening on Monday and Tuesday nights.