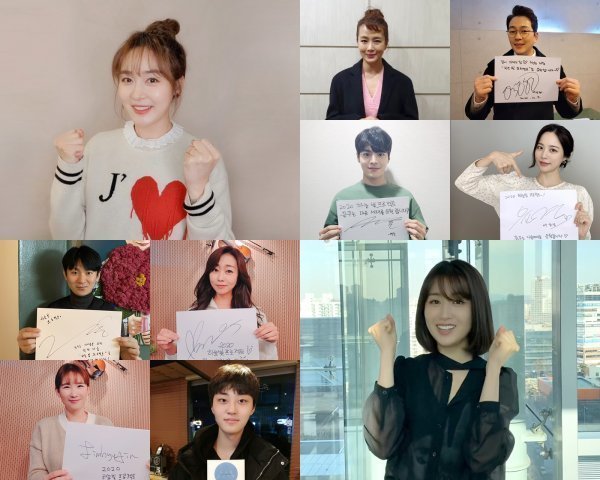 Over December 11th to December 13th various celebrities made charity-minded social media posts in regards to the Light On artistic appreciation project. This is the fourth such incarnation of Light On which aims to help low income youth who lack access to higher art. The purpose of the project is to offer safe and free cultural entertainment of this caliber for such viewers.

Celebrities encouraged fans to watch by advertising their participation on social media. Sung Yu-ri also encouraged her fans to tell other people they might know about the project, to provide low income youth with some warmth for the end of the year. Park Ha-sun of "Birthcare Center" and "The In-Laws" noted that though she been participating in the project since two years ago, the difficult times of the modern era are a particular incentive for encouragement.

Other participants include Park Eun-seok of "The Penthouse" who appears to have weathered vague allegations of his conduct against women from a week ago. This is his fourth year participating in Light On. In his post, Park Eun-seok expressed thanks at the prospect of offering hope for the next generation. Yoon Joo-man showed similar sentiments in a video he posted, as did Yoon So-yi. The various concerts, gallery walkthroughs, and performances of Light On can be seen on its Instagram page here.

"[HanCinema's News] Celebrities Participate in Light on"
by HanCinema is licensed under a Creative Commons Attribution-Share Alike 3.0 Unported License.