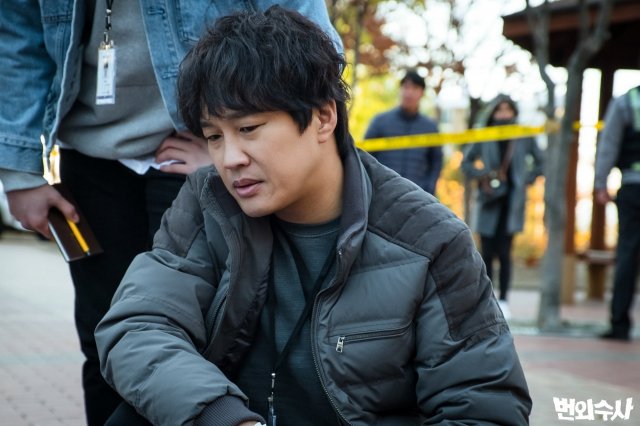 Cha Tae-hyun is one of the longest serving names in the South Korean entertainment industry, even if his career has been largely overshadowed by that of his most famous co-star. He was the male lead in "My Sassy Girl" from 2003 alongside the then not particularly well-known Jun Ji-hyun.

But lately Cha Tae-hyun has not had many major successes to his name. The main noteworthy recent film where he is credited is "Along With the Gods: The Two Worlds", where he played a fallen fireman journeying through purgatory. However, his lead performance received relatively little attention in comparison to the film's many other stars, not to mention the movie's overall concept of spectacle.

Yet at the same time the project may prove a good fit for Cha Tae-hyun, who's known for playing a certain sort of hapless character with decided, unexpected competence in some particularly critical areas. Indeed, much of his work in "Along With the Gods: The Two Worlds" was explicitly predicated on his unusual branding in the South Korean market. Many foreign viewers of the film overlooked this aspect of the story, being unfamiliar with his image.

But "Team Bulldog: Off-duty Investigation" is a much more straightforward pitch for Cha Tae-hyun's talents this time around, with its misfit police comedy branding reminiscent of last year's surprise movie hit "Extreme Job". Whether such success can be replicated in the late evening weekend slot is harder to say. "Team Bulldog: Off-duty Investigation" begins airing on May 23rd.