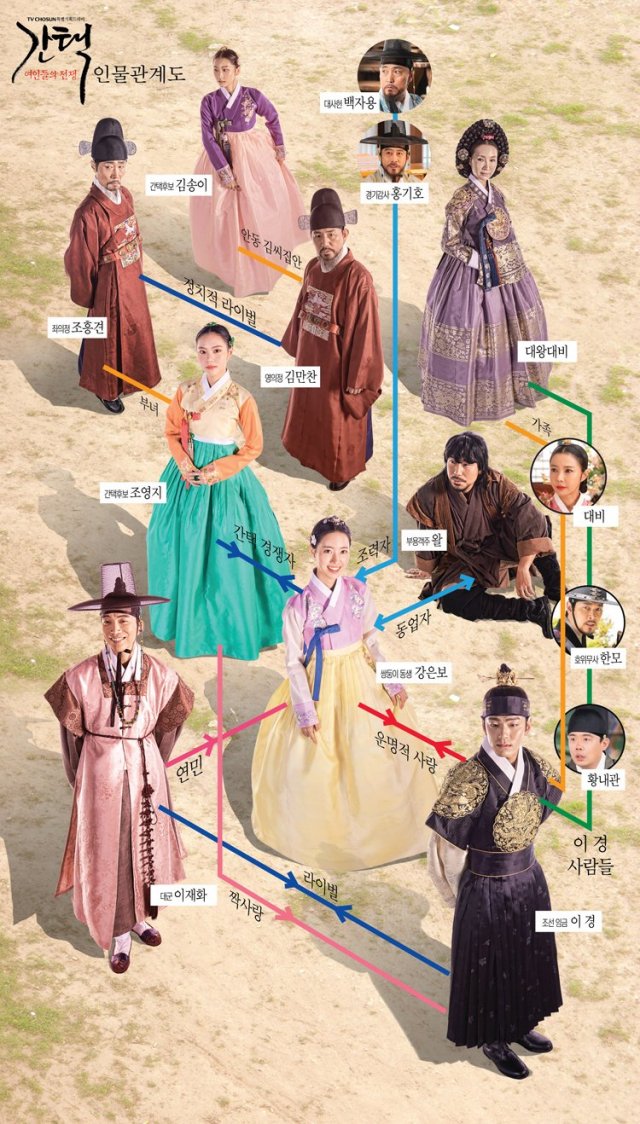 Following the drama's premiere on December 15th, interest has risen in "Queen: Love and War", and in how the characters relate to one another. In recognition of the drama's distinct visual focus on period costumes, so too has the drama's character relationship chart taken on an unusual design, focusing on its characters in full costume, rather than in minor profile boxes.

The drama also lacks an obvious color-coded key, as the differences between characters are expected to be grasped by reading the subtitles on the lines. The names of the performers are also not seen on the chart, most likely due to a lack of space. Still, lead actress Jin Se-yeon is easily made out in the central position. Her character's chief romantic rival, played by Lee Yeol-eum, is to her top-left, her political supporters in her upper right, and her fellow trader to the right.

To the bottom left is her emotional support, in the form of the character played by Do Sang-woo. The ruler of Korea who Jin Se-yeon and Lee Yeol-eum's characters are vying for romantically is at the bottom right of the chart. He is played by Kim Min-kyu. "Queen: Love and War" started airs on Saturday and Sunday evenings on TV Chosun.