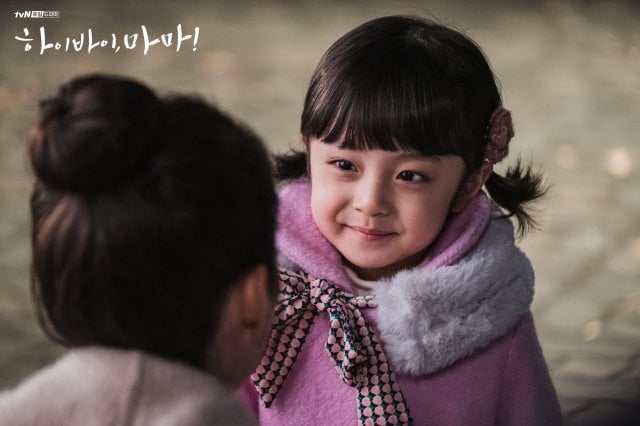 With the return of Kim Tae-hee to South Korean television with "Hi Bye, Mama!" one critical, but often underlooked part in the drama has come to attention. In the drama Kim Tae-hee plays a departed woman who returns to the world of the living for forty-nine days to see her family. Child actor Seo Woo-jin-I plays the role of her young daughter.

This in spite of the fact that Seo Woo-jin-I is not a girl, but rather a young boy. This is also not his first drama, as he also appeared in "VIP" and "The Light in Your Eyes" last year. It's peculiar casting for a peculiar role, as Seo Woo-jin-I plays a girl who is attuned to the spirit world in general and has trouble distinguishing between ghosts and living people owing to her young age.

Another critical aspect to Seo Woo-jin-I's casting is that he bears a strong resemblance to Kim Tae-hee, and they also have strong chemistry. Because he brings unique talents to the project, Seo Woo-jin-I was considered the strongest candidate for the role in spite of it being written for a girl. It also helps that Seo Woo-jin-I is quite cute, and is still young enough to easily pass for a girl.