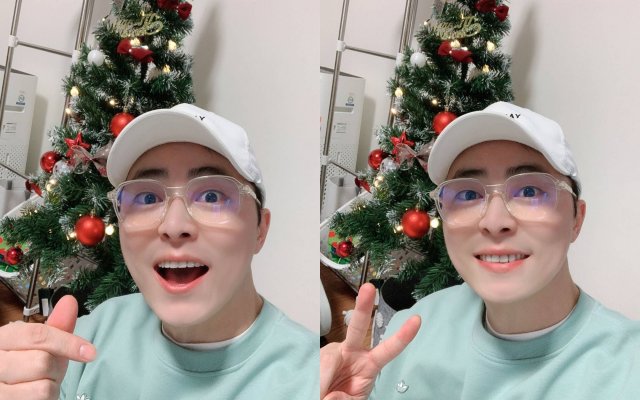 On December 27th Jam Entertainment made a post to its Instagram page featuring an official message from Cho Jung-seok, who is represented by the agency. The following letter was described as a special letter for his fans from the actor himself. In the letter, Cho Jung-seok thanks his fans for sending seasonal greetings and gifts, particularly the ones from overseas.

Cho Jung-seok otherwise structures the letter fairly personally. He asks how his fans are doing, and also describes his own life positively. Cho Jung-seok makes reference to how he became a father this year, his wife having given birth to their daughter on August 6th. Cho Jung-seok also discussed the COVID-19 pandemic, and urged readers to stay strong and not get sick.

Cho Jung-seok claimed to badly want to see his fans and do more live performances. However, he emphasized that until life gets back to normal everyone needs to stay healthy. Cho Jung-seok thanked his fans again for their positive wishes, and asked that even those fans in faraway places hold warm, healthy thoughts in their heart for the approaching new year.

Cho Jung-seok was last seen in the popular drama "Hospital Playlist" wherein he played the leading role. Cho Jung-seok is also expected to appear in "Hospital Playlist Season 2" as well as the feature film "The Land of Happiness" next year. However, there is no indication as to when filming may start for either of these projects.