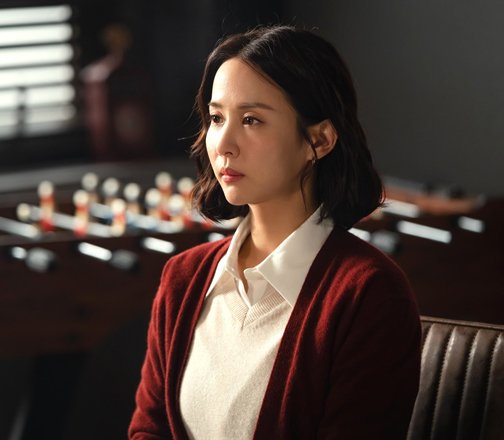 While all the winners of the Blue Dragon Film Awards were grateful for receiving those honors, Cho Yeo-jeong is in a uniquely beneficial position to the rest of them. In two weeks Cho Yeo-jeong will headline the thriller drama "Woman of 9.9 Billion", and her status as a recent award winner has brought new attention to the project.

The timing was likely intentional. Cho Yeo-jeong was first approached for the role following her performance in "Parasite" receiving international acclaim back in the summer. While Cho Yeo-jeong's merits as an actress were likely first and foremost in the decision to cast her for "Woman of 9.9 Billion", the fact that the drama would be premiering in the winter season around the same time as the Blue Dragon Film Awards was surely an added bonus.

The role Cho Yeo-jeong is playing in "Woman of 9.9 Billion" has little similarity to her award-winning run on "Parasite". While she played a relaxed woman of means in "Parasite", Cho Yeo-jeong will play a frustrated woman on the edge in "Woman of 9.9 Billion", one who is dealing with an abusive family life long before she gets wrapped up in the titular cash that sets off the conflict of the story.

It's fitting, if ironic, that Cho Yeo-jeong will be reprising the survivalist theme of "Parasite", even if this time she'll dealing with the plot from a very different angle. "Woman of 9.9 Billion" starts on December 4th and will air in the ten PM timeslot on Wednesdays and Thursdays on KBS.