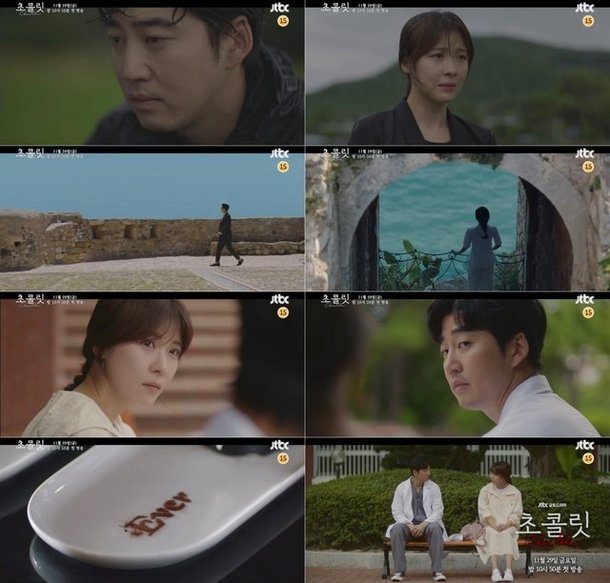 On November 18th "Chocolate" released a new teaser video to stoke anticipation for the drama's release on November 29th. "Chocolate" is a romance set inside a hospice. It stars Yoon Kye-sang and Ha Ji-won in the leading roles.

In the drama Yoon Kye-sang plays the role of a cold-hearted neurosurgeon. He connects with a warm-hearted chef, played by Han Ji-won, who uses food to touch the hearts of residents in the hospice. The jTBC drama has been hotly anticipated for reuniting the director/screenwriter team of Lee Hyeong-min and Lee Kyeong-hee from the popular 2004 melodrama "Sorry, I Love You".

The new teaser video emphasizes the Greek architecture that forms much of the backdrop for the drama's scenes. This classical style is perhaps intended to emphasize permanence - or what is now gone, that can't be changed, and what will inevitably disappear in the future. A few lines from the teasers appear to support this thematic idea, one asking if it's not possible to change one's mind, and another mentioning constant trembling.