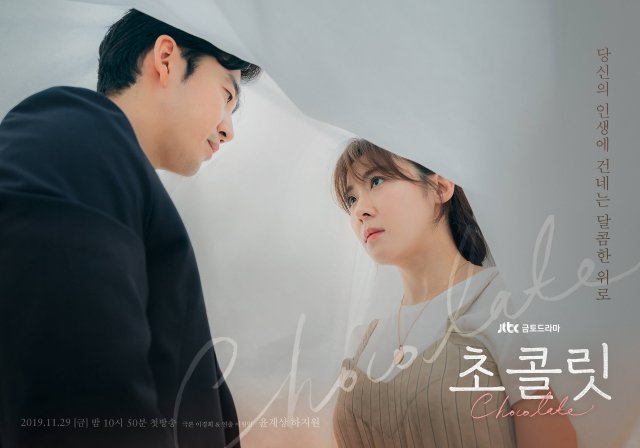 In its first week "Chocolate" scored ratings of 3.479% for its first episode on Friday night and 4.364% on Saturday night. These numbers are comparable to the final week of the drama's predecessor, "My Country: The New Age", which ended with 3.9% and 3.951% on the same nights.

"Chocolate" is a very different kind of drama compared to the historical epic, however, as it is a romantic melodrama starring Yoon Kye-sang and Ha Ji-won. The introductory episodes did show off some similar elements, as the backstory revealed that much of the character trauma hinges to a medical volunteer mission in war-torn Libya.

Various online comments have suggested that "Chocolate" is largely meeting expectations. Though a very different project storywise from "Sorry, I Love You", the last drama from the director/screenwriting team of Lee Hyeong-min and Lee Kyeong-hee, "Chocolate" shows the same level of emotional warmth as that drama.

Chemistry between the lead actors was also very strong, with Yoon Kye-sang in particular, for being very cold-hearted yet not particularly sinister - a natural outgrowth of his character becoming hardened and desensitized from vicious life experiences. Ha Ji-won, with more experience in this kind of genre fiction, was easily able to emote and communicate with Yoon Kye-sang often without even needing to resort to dialog.