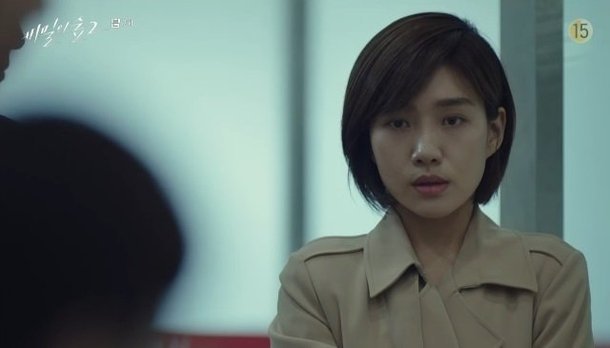 The seventh episode of "Secret Forest 2" on Friday saw the first appearance of Choi Hee-Seo In the drama's cast. As her role is not a major one, it was not widely know ahead of time. She plays the wife of Dong-jae, who is played by Lee Joon-hyuk and not identified by name. The character appears in the drama because Dong-jae had recently gone missing.

In full context, Dong-jae's wife is summoned because the other investigators need a comparative blood sample. To this end they ask for one from their son, but Dong-jae's wife refuses, offering to instead to provide Dong-jae's personal effects from home. The role has garnered attention from viewers who recalled seeing Choi Hee-Seo In the leading role in last year's independent film "Our Body", begging the question of just how important her character could end up being.

Choi Hee-seo also featured prominently in the eighth episode of "Secret Forest 2" which had ratings of 7.5%. "Secret Forest 2" is currently airing on Saturday and Sunday night in the nine 'o clock evening slot on tvN.