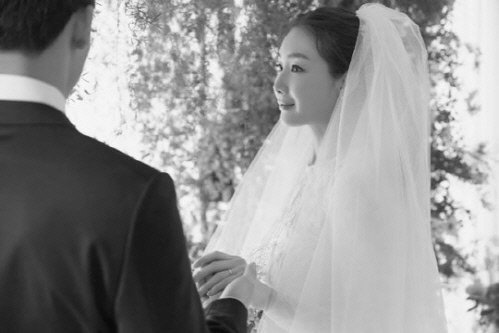 On May 16th Choi Ji-woo's agency announced that Choi Ji-woo gave birth to a healthy baby girl that same morning. The news follows Choi Ji-woo making a posting on her fan website on May 8th, stating that she was two weeks from her due date.

Choi Ji-woo's childbirth is noteworthy because, in addition to her being a celebrity, Choi Ji-woo is quite old, and will have her forty-fifth birthday next month. Choi Ji-woo has been supportive of the idea of older women having children and had offered herself up as a role model in that regard.

Response from fans has been positive, with kind words of congratulations even coming in from Japan, where Choi Ji-woo has an active fanbase. Choi Ji-woo also earned attention for her baby bump earlier this year when she made a cameo appearance in "Crash Landing on You" as herself. Choi Ji-woo married her husband, an IT professional nine years junior, back in 2018.