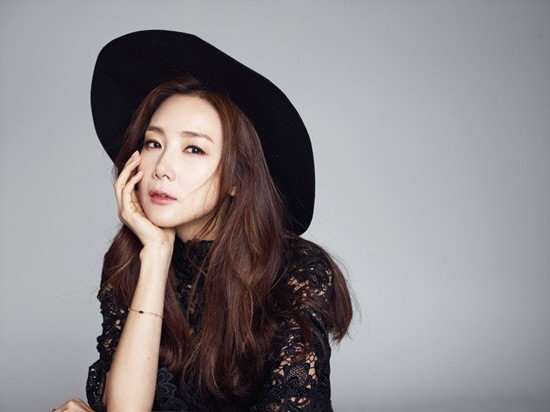 Choi Ji-woo has been officially confirmed to be appearing in an upcoming episode of "Crash Landing on You". Her appearance was teased in a recent preview for next week's episodes, which will air on January 25th and January 26th.

The most likely means for which Choi Ji-woo to appear in "Crash Landing on You" is via the North Korean character played by Yoo Su-bin. A recurring trait of his has been an obsession with the 2003 South Korean drama "Stairway to Heaven", in which Choi Ji-woo appears in the lead role.

The cameo will almost certainly involve Yoo Su-bin's character having a face-to-face meeting with his idol of some sort. What is unclear is whether Choi Ji-woo will be playing herself, or if she will appear in some sort of fantasy sequence. Choi Ji-woo, though once a major star, has been sparse in dramas in recent years. Her last leading role was in "Woman with a Suitcase" back in 2016, and she is currently five months pregnant with her first child, having married a non-celebrity citizen in 2018.

"[HanCinema's News] Choi Ji-woo to Make Special Appearance on "Crash Landing for You""
by HanCinema is licensed under a Creative Commons Attribution-Share Alike 3.0 Unported License.