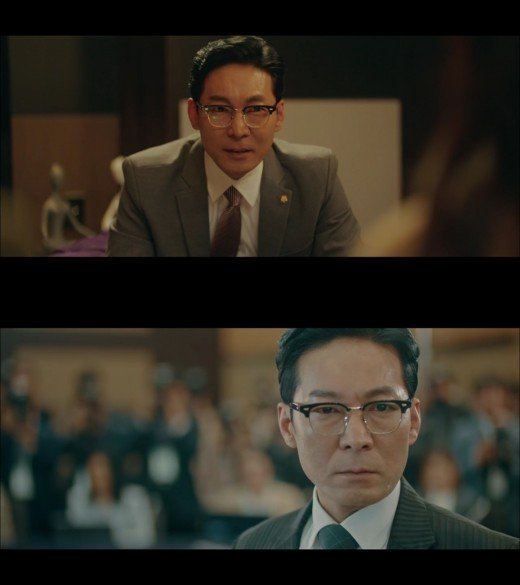 As "Search: WWW" begins its run a familiar face can be seen acting in a villainous role. Choi Jin-ho, who played a malicious bureaucrat in "Mr. Sunshine", now plays a similar role in "Search: WWW" as the sinister lawmaker Seung-tae, who takes an interest in the working Internet search engines for the sake of smearing political opponents.

Seung-tae is not expected to have a long term presence in the drama, as "Search: WWW" is a generally mundane office life drama where the main topic of interest is the specific work done by that particular office. The villains are more the spectres of trying to be a working woman in a modern world than a specific example of evil.

So it is in the first two episodes, where Seung-tae functions as a foil so that lead character Ta-mi (played by Lim Soo-jung) can demonstrate her technical competence. The episodes are also ripe for political commentary, dealing as it does with topical political issues like search engine manipulation, golden parachutes, and scandals involving pornography.

Choi Jin-ho's collaboration was made possible by director Lee Eung-bok of "Mr. Sunshine", who spoke highly of Choi Jin-ho's work to director Jung Ji-hyun of "Search: WWW". Choi Jin-ho will also be appearing in the drama "Designated Survivor: 60 Days" later this year, as well as the films "The Swordsman" and "OK! MADAM".