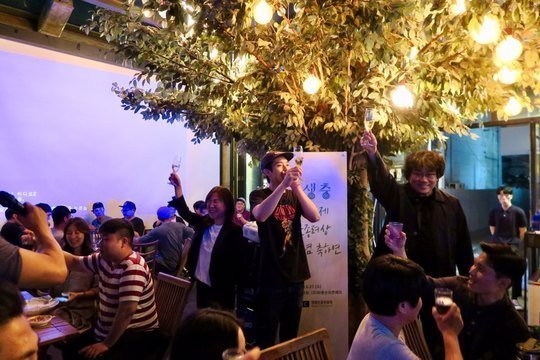 On June 26th the Korean Film Council (KOFIC) held a reception celebrating "Parasite"'s Palme d'Or win at the Cannes Film Festival. The purpose of the event was to act as a rewards bonus for those who had supported the film's production and distribution.

Director Bong Joon-ho, cinematographer Hong Kyung-pyo, and other crew members were there. Most of the cast was also present, with Song Kang-ho, Lee Sun-kyun, Cho Yeo-jeong, Choi Wooshik, Park So-dam, Jang Hye-jin, Lee Jung-eun, and Park Myung-hoon all in attendance. 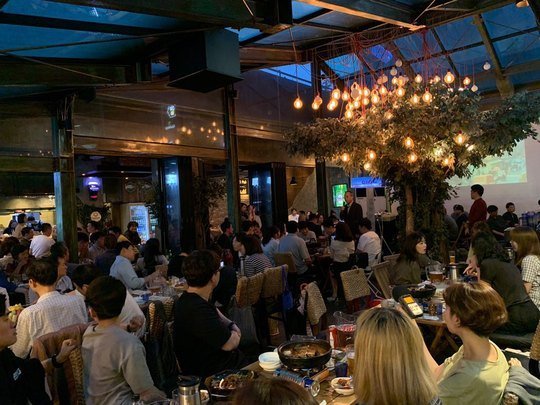 KOFIC Chairman Oh Seok-geun, himself a former director, described "Parasite"'s success at Cannes as being the crowning effort of one hundred years of Korean film history. He promised to support future efforts to raise the profile of South Korean film on the international stage. 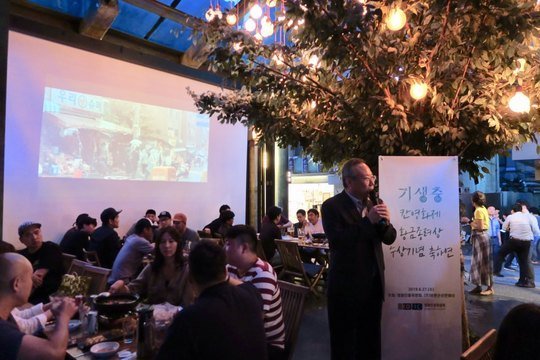 Choi Wooshik said that the success of "Parasite" was only made possible by all the support the production received. Director Bong Joon-ho also thanked those present for making "Parasite"'s domestic wide release and box office success possible.