Following an incident on December 10th wherein Choi Young-soo-I appeared to physically attack his co-star on the live broadcast of a children's television show, EBS has stepped up its response. The entire show has been temporarily shut down and another one of Choi Young-soo-I's male co-stars is now also under internal investigation for assault. 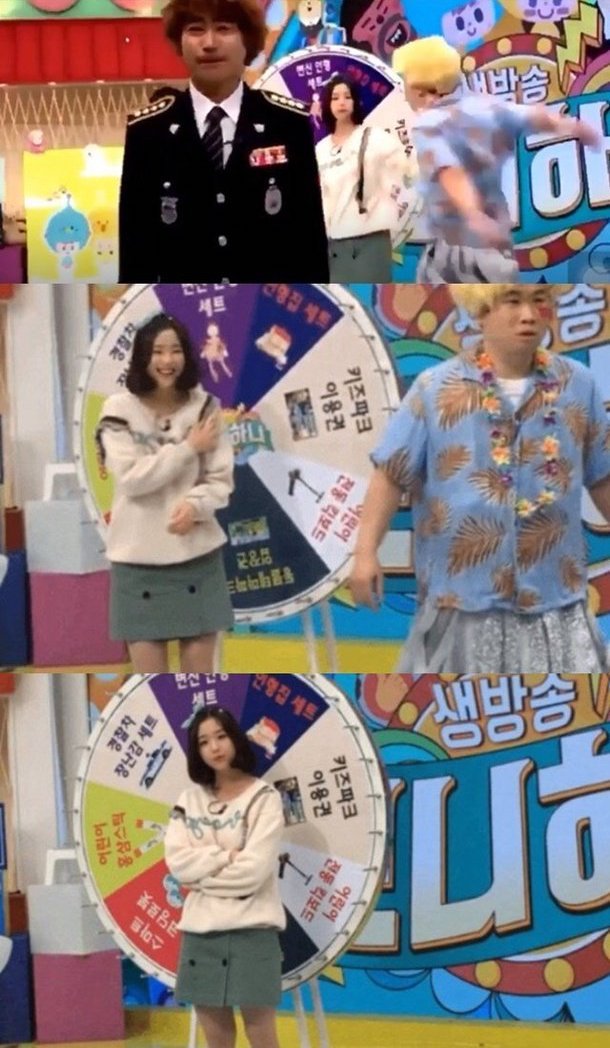 Choi Young-soo-I has been pleading his case to media outlets, stating in interviews that the clip was taken out of context and doesn't take the actual situation to account. Choi Young-soo-I has described Chaehyun, the young woman who he allegedly attacked, as being like his niece or younger sister. Choi Young-soo-I has also expressed concern about Chaehyun's current state of mind, stating that she likely feels guilty about getting him fired. 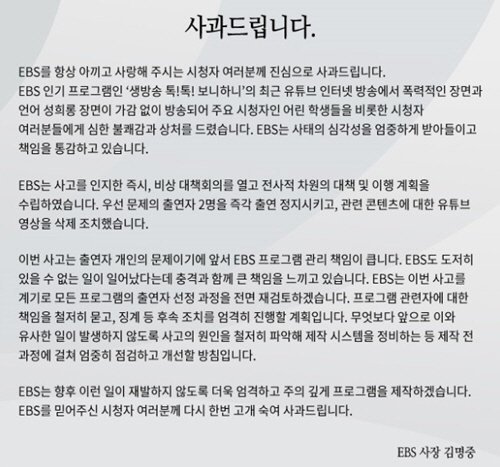 Chaehyun's official response has echoed this concern. Chaehyun responded through her agency via an online Fan Cafe. She has stressed that Choi Young-soo-I most definitely did not hit her, describing the situation as their playing overly rough with each other because they were very close. Choi Young-soo-I, by contrast, does not have agency representation, though he has appeared on 'Tok! Tok! Boni Hani' for some thirteen years now, it being his main source of work.