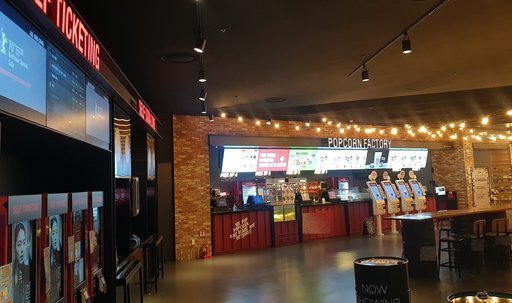 COVID-19 has shaped up to be a record-setting buzzkill for the South Korean box office. A month which started out unremarkably has almost completely collapsed in the wake of news about COVID-19 gaining a foothold in South Korea, which has strongly disincentivized people from going outside.

The strong negative effect can be seen with the apparent failure of "Beasts Clawing at Straws", which released at about the same time that fears regarding COVID-19 started to take hold. The mid-level genre noir has only barely managed over five hundred thousand admissions, contrasted with over a million viewers from the horror movie "The Closet" and the comedy movie "An Honest Candidate", the latter being the current unlikely winner for the month.

A drop in admissions was always expected, as last year "Extreme Job" showcased strong numbers throughout the entire month, lifting the overall admissions total to over 1.7 million viewers. But the sub 5 million numbers for 2020 are weak even when compared to 2018 and 2017, which had sub 7 million and sub 9 million admissions respectively.

The depressing effect is even noteworthy compared to similar trends that were experienced with the Sewol ferry disaster in 2014, or the MERS epidemic in 2015. However, neither incident had a particularly strong effect on the production end or the distribution end. March is likely to face a similarly dire outlook, with movies like "Time to Hunt", "Innocence", "The Call", and "Intruder" all facing delays for fear of trying to compete in the current market.