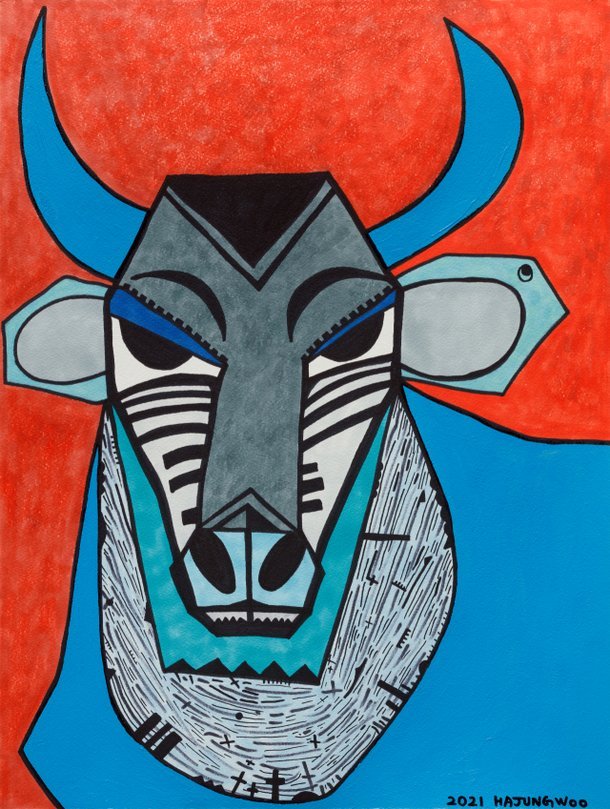 The artwork of various celebrities is currently on display at the fourth floor of the Signature Kitchensuite Changdam Showroom in the Gangnam district of Seoul. The theme of the exhibition is 虎視牛行, which is roughly translated in English as the moment when a cow comes face to face with a tiger. From actor Ha Jung-woo comes the painting Good Morning, which depicts its bovine protagonist as a figure of defiance. 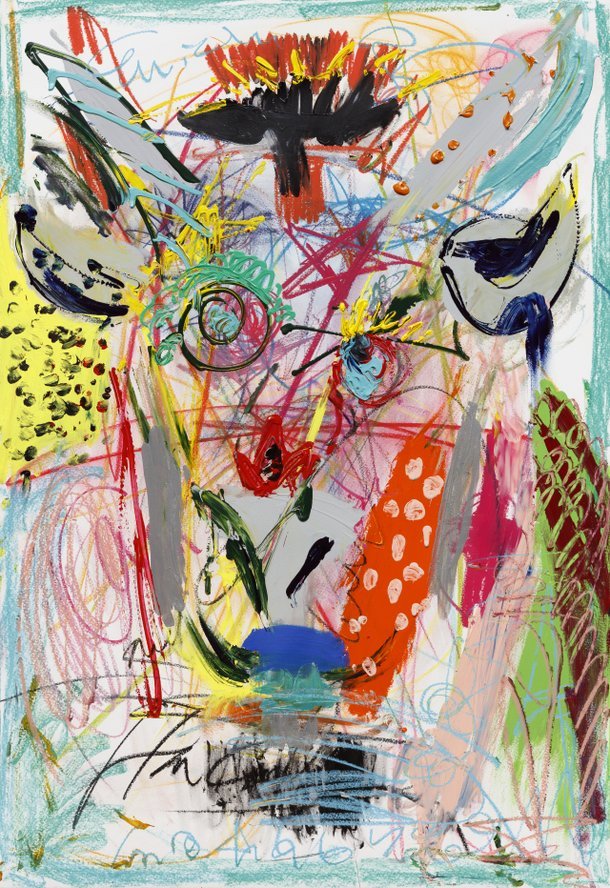 Ha Ji-won also submitted a piece to the exhibition, called Super Cow. In this picture, the cow is presented with a series of abstract scribbles. This is intended to show a bright, colorful look, symbolizing passion. Another piece by DJ Koo, Point of View by Cow, takes a much more geometric approach, communicating the cow's countenance with a blank, almost robotic shape. 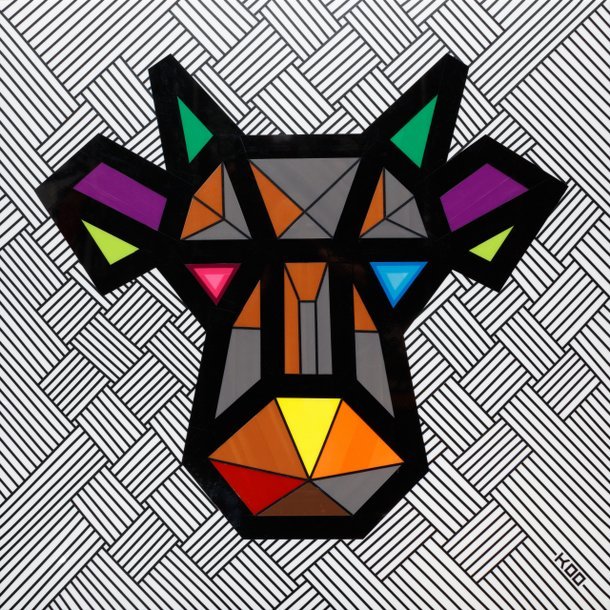 "Point of View by Cow" by DJ Koo