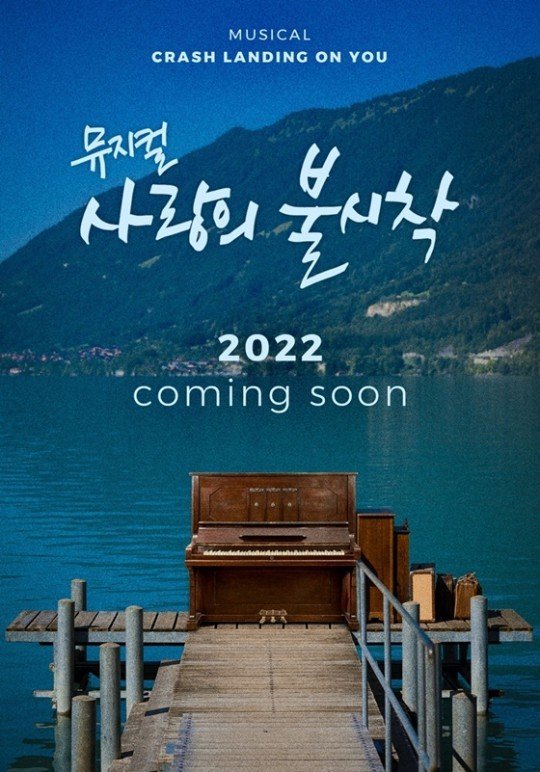 The musical production companies Pop Music and TJN Media recently announced that a musical version of "Crash Landing on You" would appear on their 2022 lineup for stage musicals. The deal has been achieved directly with Studio Dragon. Purportedly there is already a great deal of interest from many actors and relevant staff, though the project is not expected to appear on stage in Seoul for quite some time.

"Crash Landing on You" starred Son Ye-jin as a paragliding heiress and Hyun Bin as a North Korea soldier. The drama concluded on February 16th with ratings of 21.7%, the all time record for any drama on the cable network tvN. The drama was also very popular on Netflix, its availability coinciding with people being trapped inside their homes in the earlier stages of the COVID-19 pandemic. The news follows a similar announcement for a musical version of "Hotel Del Luna" this past January.

"[HanCinema's News] "Crash Land on You" to Return as a Stage Musical"
by HanCinema is licensed under a Creative Commons Attribution-Share Alike 3.0 Unported License.