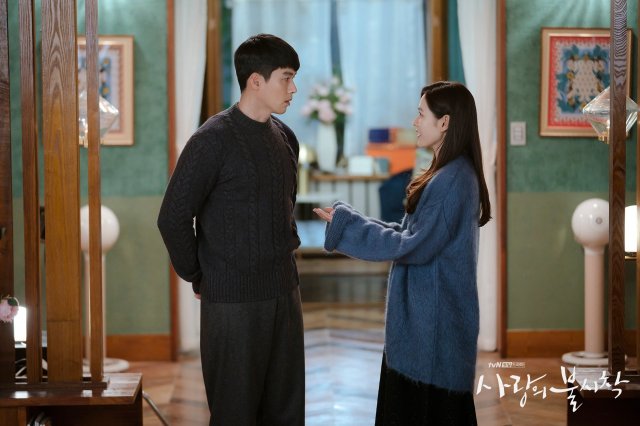 A recent survey from the Korean Foundation for International Cultural Exchange (KOFICE) has revealed ntoteworthy viewer data for the drama "Crash Landing on You" in Japan. KOFICE asked 131 persons who watched the drama what they thought of it. 93.2% of respondents were women, while 24% were in their forties, considered the prime existing demographic for Japanese interest in South Korean dramas. However, the gap compared to twenty-somethings, 11.4%, was smaller than expected.

Of those surveyed, 28.5% said they watched the drama due to seeing discussion of it online. This compared with 21.2% who were originally interested in South Korean dramas, and 18.9% who claimed to have received a recommendation from a friend. 43.2% cited the powerful story as the main substance inspiring them to watch. 91.9% described the drama as being charming in general, with 93.2 being impressed by the chemistry between leading actors Hyun Bin and Son Ye-jin.

In terms of broader messaging, 35.6% of respondents claimed that the drama improved their opinion of Korea at large, while 62.9% described "Crash Landing on You" as improving their opinion of North Korea. Other results in the survey suggest that "Crash Landing on You" owes much of its success to Japan to COVID-19, which led people to seek out programming beyond their usual comfort zones. In any event, the drama has definitely improved expectations when it comes to Korean contents.