[HanCinema's News] "Crash Landing on You" Continues to Rise in Ratings 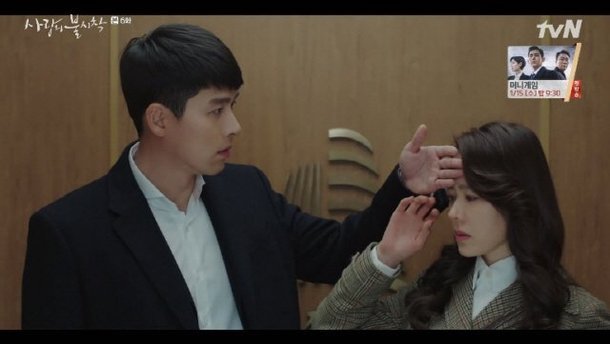 On December 29th "Crash Landing on You" recorded its best ratings yet of 9.2%. The drama has seen a steady improvement in ratings from the first episode, which rated 6.1%. For its Friday/Saturday night timeslot, "Crash Landing on You" has always been in first place among both dramas, as well as all general programming.

The drama's ordinal ranking is now universal across all demographics. However, the drama remains strongest with women over the age of forty, where "Crash Landing on You" has achieved ratings upwards of 13%. For men and women between the ages of twenty and forty-nine, "Crash Landing on You" shows a much more modest average rating of 6%.

"[HanCinema's News] "Crash Landing on You" Continues to Rise in Ratings"
by HanCinema is licensed under a Creative Commons Attribution-Share Alike 3.0 Unported License.