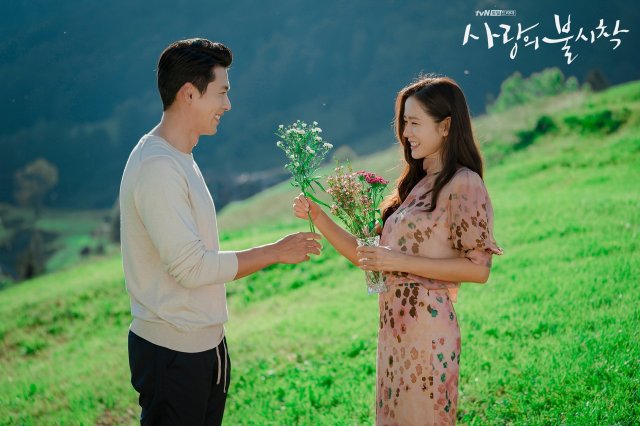 In its final week of broadcasting "Crash Landing on You" was once again triumphant in regards to the Good Data Report, leading in all metrics for its fifth straight week. Lead actress Son Ye-jin and lead actor Hyun Bin also extended their reign atop the performer's chart to a commanding ten week presence.

"Crash Landing on You" also had the highest raw score of any drama ever featured in the report aside from "SKY Castle" in 2019.

"Itaewon Class" held second place in the report and, with nearly a fifty percent increase in its score total, seems poised to lead the Good Data Report in the absence of "Crash Landing on You". Lead actors Kim Da-mi and Park Seo-joon held the third and fourth place in performer spots. "Stove League" held a smaller increase, but maintained its overall position in third place with lead actor Namgoong Min ranking fifth for performers.

The data for this iteration of the Good Data Report was collected between February tenth and sixteenth. It measured Internet searches, blog posts, and social media, among other metrics, as they pertained to the currently airing twenty-four primetime dramas and their performers.

"[HanCinema's News] "Crash Landing on You" Leads for Fifth Straight Week Atop the Good Data Report"
by HanCinema is licensed under a Creative Commons Attribution-Share Alike 3.0 Unported License.