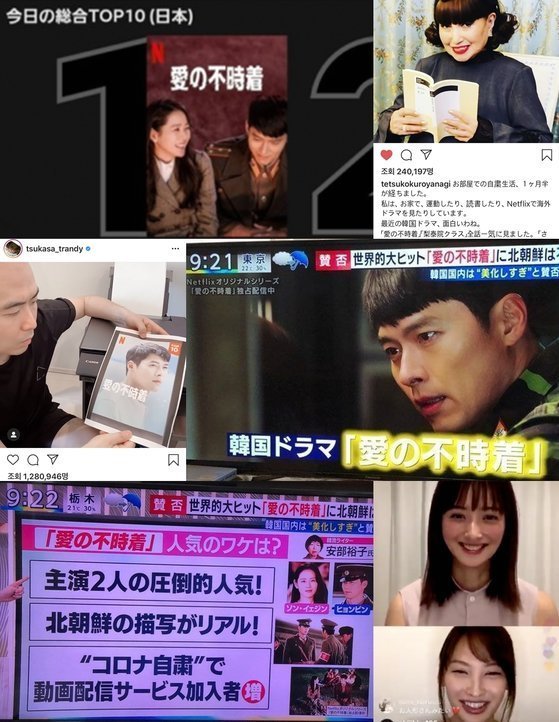 Because COVID-19 has put a damper on new drama productions, existing content on Netflix has been gaining a second wind. "Crash Landing on You" has the unusual strength of being able to pull from a wide variety of demographics. The 40-50 demographic for example, are old enough to remember the prior Korean Wave and willing to give "Crash Landing on You" a chance for that reason. Meanwhile, teenage viewers who are curious about North Korea are intrigued by the concept.

"Crash Landing on You" has also benefited from apparently random references on Japanese variety shows, where various Japanese entertainers find the drama's more distinctive qualities to be worthy discussion material. While Japan has the best international performance for "Crash Landing on You" the drama is also charting on the top ten lists in the Phillipines, Taiwan, and Thailand.