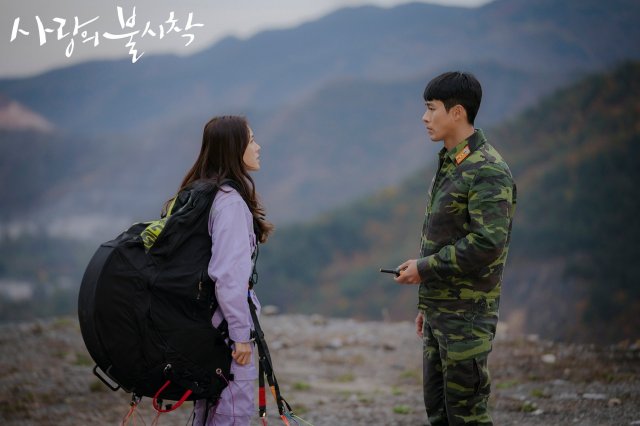 While "Crash Landing on You" has steadily improved its ratings performance from 6% in the first episode to 8.5% in the fourth, the individual demographics for the drama show a somewhat murkier picture.

The drama is greatly performing in tvN's preferred demographic, the 20-49 age range, with only 5.6% ratings with that target audience. Still, "Crash Landing on You" still beats out all the competition in that particular category.

Where "Crash Landing on You" is overperforming is with older audiences. Older women in particular have hit ratings upwards of 12% at certain points during the broadcasts. It seems likely that regardless of the drama's aesthetic qualities, unusual divergence has been created with viewer response because certain aspects of the drama's setting tend to skew toward an older audience.

Themes of Korean reunification, for example, and travelogues to wintry locations are likely scoring more approval among older viewers, who generally consider such subject matter to be more interesting. "Crash Landing on You" is playing heavily on themes of intra-Korean culture shock as well, which is another theme that tends to play better with older viewers. "Crash Landing on You" also tilts more toward female viewers overall, as it is romance.

"[HanCinema's News] "Crash Landing on You" Ratings Vary Widely by Demographic"
by HanCinema is licensed under a Creative Commons Attribution-Share Alike 3.0 Unported License.